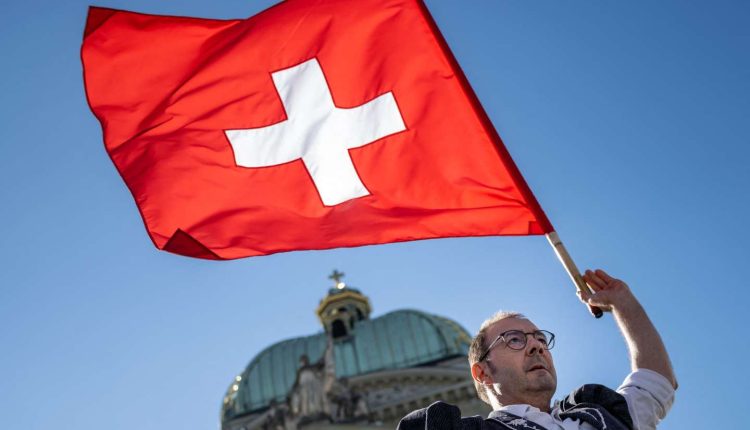 It was an election marked by a deep divide between the German-speaking part of the Alpine country, favorable to the reform, and the other cantons. The Swiss voted narrowly in favor of raising the retirement age for women to 65. The yes narrowly won with only 50.6% of the vote, according to the final results published on Sunday, September 25.

The most controversial part of the reform requires that, like men, women work until they are 65, before they can claim a full pension. A year older than now. Parliament approved, in 2021, the key pension reform measures, which also include a VAT increase (adopted at 55%, Sunday).

Read also: Article reserved for our subscribers In Switzerland, energy anxiety turns into a nervous breakdown

“A slap for all women”

For the women of the Swiss Socialist Party (PSS), the yes “is not only a big step backwards in terms of equality, it is a slap in the face for all women”. They announced a demonstration in Bern on Monday to denounce the result. Opponents of the reform had pointed to the wage discrimination that continues to plague women and believe it is unfair to raise the retirement age for them without first addressing these inequalities.

Yes supporters have pointed out that asking women to work an extra year is not unreasonable in view of economic and demographic data. In 2020, women in Switzerland received on average nearly 35% lower pensions than their male counterparts, according to the Swiss economy ministry.

“Dividing the country on such a subject is not a good policy. It will leave traces.said, on Sunday, the president of the Swiss Trade Union Union (USS), Pierre-Yves Maillard, underlining the gap with the German-speaking cantons, but also fearing an increase in tension between men and women, as well as between social classes.

For the vice-president of the Swiss SVP (radical right), Céline Amaudruz, this yes is “a first step to ensure sustainability” old-age insurance. “For us, equality is not an à la carte menu. »

No ban on intensive farming

Meanwhile, a closely scrutinized grassroots initiative abroad that sought to ban intensive farming was largely rejected, with 63% of votes against. This proposal would have essentially eradicated industrial farms in a country that is still very rural even if agriculture weighs relatively little in the national wealth. The Swiss felt that the welfare of farm animals was already respected in the Alpine country.

The government, parliament and representative herders’ organizations were strongly opposed to the initiative. Under current laws, farms cannot keep more than 1,500 fattening pigs, 27,000 broilers or 300 calves, which rules out the gigantic factory farms found in other countries.

Bern had also warned that these new rules would lead to a significant increase in prices, while the import clause could have an impact on relations with trading partners.

Despite the massive refusal, it is nevertheless a victory for Vera Weber, the president of the Franz Weber Foundation for the protection of nature and animals. She welcomes the fact that the text has enabled Switzerland to discuss the issue of intensive farming and meat consumption.

Read also: Article reserved for our subscribers Switzerland lags behind in tracking down assets of Russian oligarchs