The Russian fight for the conquest of Mariupol, a symbolic and strategic city 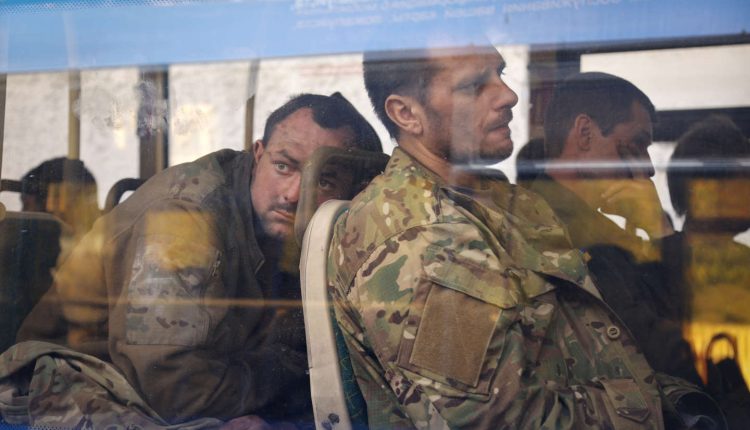 DecryptionsMoscow claimed, on Friday, the capture of all of this city, 90% destroyed after three months of siege. Controlling Mariupol allows Russia to connect the two Ukrainian regions already conquered.

They thought a few days would be enough to bring her down. The Russians finally had to fight for almost three months to take control of the Ukrainian port city of Mariupol, a strategic crossroads located on the shores of the Sea of ​​Azov. The evacuation, begun on May 16, and the surrender of the Ukrainian fighters withdrawn within the immense Azovstal steel complex enabled Moscow to claim, on May 20, control of the entirety of this city, which was 90% destroyed. Priority objective of Russian President Vladimir Putin, the fall of Mariupol constitutes a symbolic victory, after many setbacks observed since the beginning of the Russian invasion on February 24.

After urging, in vain, the West to provide Ukraine “all the necessary weapons (…) to lift the siege of the city, Ukrainian President Volodymyr Zelensky warned that “Mariupol would perhaps be ten times worse than Borodianka”, a locality near kyiv, the scene of serious abuses during its occupation. The city that the Russians have just conquered had, before the start of the invasion, nearly 450,000 inhabitants. According to official estimates, nearly 100,000 civilians remain trapped in the port city.

According to the executive director of the World Food Programme, David Beasley, these people are on the verge of starvation, lacking water and a source of heating. The city is in the throes of a humanitarian drama, with running water, heating, electricity and food supplies having been cut off. Those who were able to flee claim that city parks have become cemeteries. The only food resources are provided to the inhabitants by the Russian forces, which communicate without counting on their humanitarian distributions made at the foot of the ruined buildings.

Bombing of the theater

The horror experienced in Mariupol affected, without distinction, children, young people, adults and the elderly. At least 20,000 residents are said to have lost their lives. By February 25, strikes had hit the railway tracks, prohibiting most residents from leaving. The cold at the end of February and the month of March, it was then -10°C, was coupled with a reclusive life in the basements of buildings where hundreds of people were piled up, terrified, prostrate, often needing help getting around. Many residents cooked by burning what they found, often to the sound of bombs. Many refused Russian offers to leave the city in the direction of Donbass or Russia, others accepted, often under duress, and were deported to Russia.

You have 64.47% of this article left to read. The following is for subscribers only.