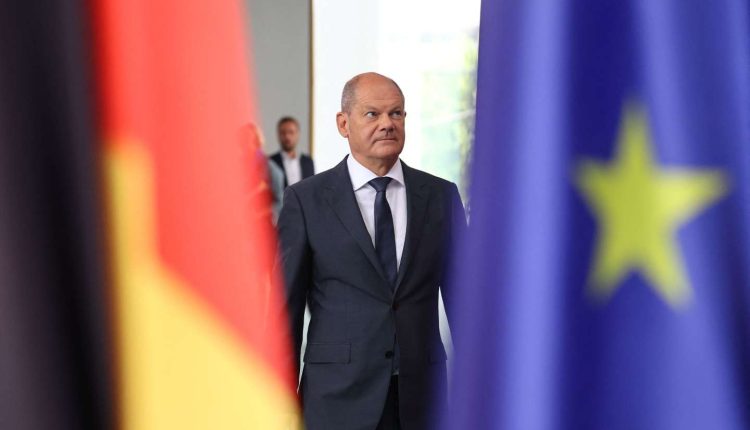 The energy crisis got the better of Olaf Scholz’s vacation. Three days after joining Bavaria for two weeks off, the German Chancellor made a return trip to Berlin on Friday July 22 to announce the rescue of the Uniper group, the main importer and storer of gas across the Rhine, threatened with insolvency due to falling Russian gas supplies.

Read also: Article reserved for our subscribers The “gas crisis” that Germany is undergoing revives the debate on the future of its nuclear power plants

Negotiated for weeks, the plan provides for the entry of the State into the capital of Uniper up to 30% and the granting of a public loan of up to 7.7 billion euros, in the form of bonds convertible into shares. The line of credit which the company already has with the German public bank KfW will also be increased from 2 to 9 billion euros. “Uniper is a company of paramount importance for the economic development of our country and for the energy supply of citizens”justified Mr. Scholz by presenting these emergency measures during a press conference at the chancellery.

Owned 80% by the Finnish group Fortum, Uniper suffered the full brunt of the consequences of the war in Ukraine. Since mid-June, the company has received only 40% of the gas volumes negotiated by contract with the Russian giant Gazprom, of which it is the main customer in Germany. In order to be able to continue to supply its customers, the group must not only buy the missing quantities on the spot market, where prices have exploded, but also draw on its own reserves.

“The risk is that of a Lehman Brothers of energy”

However, unable to immediately pass on this increase to the invoices of its buyers, Uniper was running straight towards bankruptcy, its losses amounting to several tens of millions of euros per day. “The risk is that of a Lehman Brothers of energy”had warned, at the end of June, the German Minister of the Economy, Robert Habeck, in reference to the American bank whose fall, in 2008, had caused a global financial crisis.

If it saves the company, the rescue plan presented by Mr. Scholz will not be without consequences for consumers. The German Chancellor made no secret of this, explaining that Uniper would be authorized to pass on to its customers increases in gas purchase prices “from 1er October, or even perhaps as early as 1er september “. For a family of four, the gas bill could be increased by 200 to 300 euros per year, he acknowledged.

You have 56.4% of this article left to read. The following is for subscribers only.