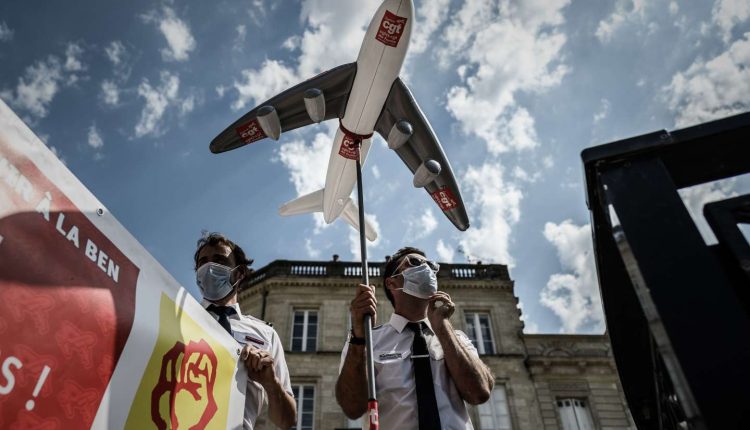 The objective of the device

17.7 million euros: this is the sum awarded to Air France under the European Globalization Adjustment Fund (EGF)to finance aid for the return to work of 1,580 of its dismissed employees.

Created in 2007 by the European Union (EU), the EGF was initially intended to finance retraining measures for workers who had lost their jobs due to globalisation.

With an annual budget of 209 million euros for the period 2021-2027, this system was subsequently extended to layoffs resulting from a global economic crisis or the energy and digital transition. ” This EU support (…) will help [les salariés d’Air France] to retrain and find new jobs, or to create their own business “, defends the European Commissioner for Employment and Social Rights, Nicolas Schmit.

Hard hit by the Covid-19 crisis, Air France was forced to carry out massive job cuts within the parent company and its subsidiary Hop! On behalf of the airline, the French government applied for European aid under the EGF to finance the back-to-work measures and was granted it by the European Commission in May. Air France will only be responsible for 15% of the financing of the total cost of these measures, estimated at approximately 21 million euros. Air France has already benefited from this system twice, in 2013 and 2017.

Public aid for the financing of social plans is regularly subject to controversy. In the case of the airline, the French government “confirmed that a financial contribution from the GEF would not substitute” to measures “obligatory for the undertaking concerned by virtue of national law or collective agreements “, specifies the proposal for a decision of the European Parliament and of the Council relating to Air France.

The EGF co-finances return-to-work assistance measures up to 60% to 85% of their amount: assistance with job search, vocational guidance, training, external redeployment or business creation (up to a limit of 22,000 euros per beneficiary).

You have 64.21% of this article left to read. The following is for subscribers only.