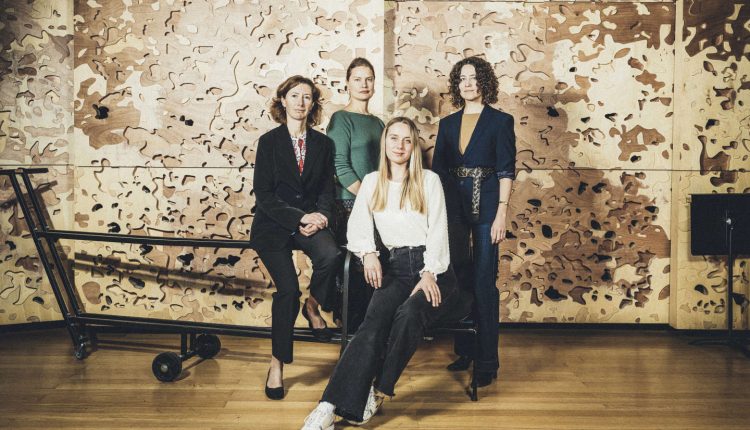 The first note of hope? A message from Dijon on February 28, four days after the outbreak of Russian hostilities against his country, Ukraine. When she received it, Anna Stavychenko, deputy director of the Kiev Symphony Orchestra, had just crossed the Polish border after a night of terror in a train threatened by Russian tanks.

The Dijon Orchestra, “the smallest permanent orchestra in France”, according to its director, Floriane Cottet, offered to welcome some of its musicians fleeing the bombardments. “ I had read Anna’s portrait in a German music magazine, trace Mme Cottet. I identified with this young conductor, from the same Erasmus generation as me. How do we react in such a situation? » His Ukrainian counterpart responds immediately, grateful. But leaving the country is complicated, she explains. “She adds that she will be happy to organize an event with us as soon as Ukraine wins the war”, remembers the boss of the Burgundy orchestra, still impressed.

A handful of days after the invasion of her country, Anna Stavychenko is already waging her own war on the cultural front, contacting the great orchestras of Europe in order to promote Ukrainian composers. As far back as her memories go, the elegant thirty-year-old, a violinist by training, has been involved in all fights for independence. When her curls draw the oval of a luminous face, her gaze turns black at the evocation of Russia. “This country that already decimated my family during the Holodomor, the famine caused by Stalin. »

All floors of the Philharmonie

When she contacted the Philharmonie de Paris, the response exceeded her expectations. The French orchestra does not intend to be satisfied with the Ukrainian repertoire, it wishes to allow the musicians to exercise their art again, and to live from it. Its general manager, Olivier Mantei, has just made a phone call to a colleague from kyiv, at the head of the opera: “She was a little lost, at the Polish border, looking for a train with her two children. I didn’t dare tell him that we were projecting the Ukrainian flag on the facade of the Philharmonie and that we were playing their anthem. What a discrepancy! Fewer postures were needed, support more rooted in the reality of the musicians. »

Read also: Article reserved for our subscribers Eurovision 2022: Ukraine flies over the competition, supported by an entire continent

So on March 31, he hired Anna Stavychenko to manage the reception of musicians from various Ukrainian ensembles, whom exile had scattered across Europe – the men, mobilized, had to stay in the country. Anna draws up lists, locates, organizes perilous border crossings that deprive her of sleep, right up to the reassuring SMS. Under the leadership of Sarah Koné, in charge of social projects, the operation mobilizes all floors of the Philharmonie. Allegro, prestoto orchestrate the artistic and the prosaic, to think about integration at the desks as much as trains, planes, accommodation, temporary residence permits, bank accounts, schools and children’s strollers… The first four violinists arrive from Kiev in April, with a cellist from Odessa.

You have 73.26% of this article left to read. The following is for subscribers only.