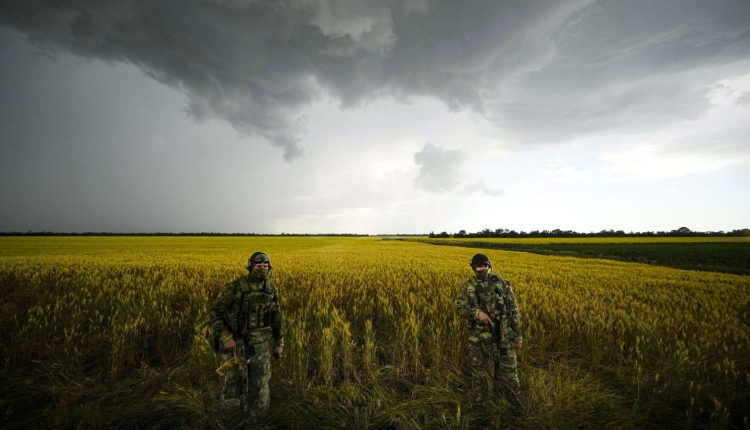 Lhe Russia, Ukraine and Turkey have recently [le 22 juillet] reached the signing of an agreement guaranteeing Ukrainian grain exports to the Black Sea for the next four months. While the belligerents weigh more than 30% of world wheat production (12% for Ukraine), the war in Ukraine has increased the risk of famine.

In 2021, the UN already recorded 40 million additional people in food distress, and potentially more than 200 million by the end of 2022. This situation must lead the European Union (EU) to conduct a coherent foreign policy and ensure its food sovereignty to avoid new crises.

On the one hand, part of the Ukrainian wheat fields have been destroyed by the fighting. Ukrainian farmers have experienced difficulties in accessing fertilizers and other inputs.

On the other hand, the Ukrainian ports were paralyzed by the blockade imposed by Russia and were partly destroyed by the bombardments. Thus, more than 20 million tonnes of cereals (ie around 1% of world consumption) cannot be exported.

Read also: Article reserved for our subscribers War in Ukraine: storm warning on the breadbasket of the world

While the effects on export volumes will be limited, for Ukraine this is a symbolic agreement to resume trade with the rest of the world. To compensate for this Ukrainian victory, Russia obtains in exchange guarantees on its own agricultural exports, as well as the end of indirect blockages concerning maritime transport, imposed by Western countries.

Read also: Article reserved for our subscribers “Faced with crises, Europe must ensure sustainability and build our food sovereignty”

While Russia has resumed since the fall of communism with an offensive agricultural strategy to establish itself as a leading world agricultural power, this agreement offers it economic prospects so as not to risk isolation and therefore continue its war effort. over time.

This agreement symbolizes the advent of a world marked by the rebirth of nation-empires which aspire to hegemonic domination over their geographical area of ​​influence.

The war in Ukraine marks the return of agriculture and food to the geopolitical fold. Food power [« pouvoir alimentaire »] of Russia contributes directly to the surge in the price of wheat, structurally above 400 euros per tonne since the intervention in Ukraine [438 euros mi-mai, 325 euros le 22 juillet]. Indeed, Vladimir Putin was able to hold the international community hostage since forty-five southern countries import from Ukraine or Russia at least a third of their wheat consumption, like Egypt (102 million inhabitants) which imports 59% of its wheat from Ukraine and Russia. This surge in food prices will have a double effect.

You have 52.21% of this article left to read. The following is for subscribers only.