The Challenge of International Civil Aid to Ukraine 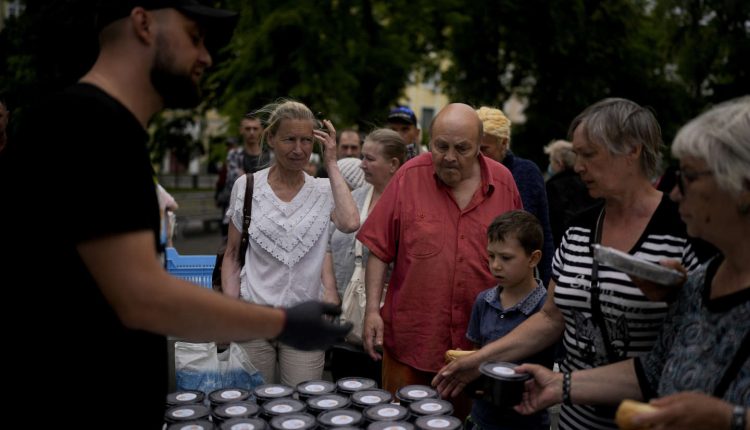 It has now been four months since Russia launched the offensive in Ukraine on February 24. So far, Ukrainian institutions have weathered the storm, but volunteer networks are dwindling, private resources are drying up, and international civilian aid is trickling into the Donbass, warns a report published on June 24 by the French Institute of International Relations (IFRI), that The world was able to consult in preview. “The country is on the verge of breaking up, summarizes Arthur Quesnay, his co-author with Marie Courraud and Gilles Dorronsoro. The humanitarian crisis and the lack of international aid in the combat zones risk rendering inoperable the logistics on which the Ukrainian army depends to hold the front. »

Also read the column: Article reserved for our subscribers War in Ukraine: “The usual modalities of Western aid can have counterproductive effects”

The document, titled What strategy for civil aid in Ukraine?, is the result of a field survey conducted by these three researchers, whose work usually focuses on Iraq, Afghanistan or Syria. Based on their experience in conflict areas and their observations in Ukraine, they call for “changing the model of international aid” in the country in order to avoid “creating a dysfunctional humanitarian environment modeled on Afghanistan” during the twenty years of NATO intervention.

Contrary to what Russia seeks, the war has strengthened the legitimacy and cohesion of Ukrainian national institutions. Must therefore “privileging and strengthening the existing institutional system rather than creating new structures or introducing international NGOs”, say the authors of the study. But, “if the resilience of institutions is remarkable, it is closely conditioned by international aid”, adds the document. The shock is brutal for the Ukrainian economy, with – 35% to – 45% of GDP in 2022, according to estimates. In the east of the country, municipalities reported a local budget deficit of more than 40% for March.

Ukraine has another key asset on which international aid should rely, according to the report: volunteer networks. Their mobilization, already massive in 2014 at the start of the Donbass war, is once again playing a crucial role in helping combatants and civilians, whether to organize evacuations, distribute food or accommodate the displaced. These organizations, marked by great informality, their reactivity and their horizontality, should however be professionalized and better structured, the study considers. “Many voluntary associations are not registered and therefore lack legal existence, which closes the door to certain forms of assistance”, she believes. However, “we must prevent international NGOs from crowding out the volunteers currently in place”.

Read also: Article reserved for our subscribers “International aid must be fast in Ukraine, before the summer, because the volunteers are running out”

Faced with the exhaustion of volunteers and the risk of a fragmentation of institutions, the report aims to “describe how they work and show how to work with them to take action and strengthen coordination”, explains Arthur Quesnay. The researcher warns: “If we do as usual, silo by silo, we risk destroying the structure of the country. »

Russian and Ukrainian exiles in France: “Nostalgia weighs on me so much that I…