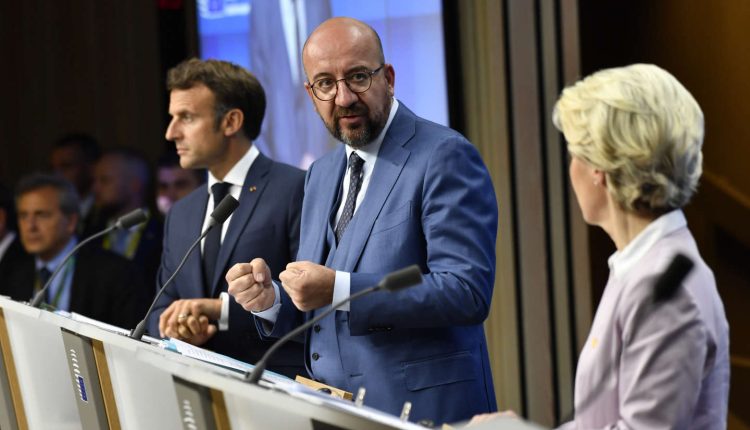 Ukrainian President Volodymyr Zelensky immediately thanked “European leaders for their support”, also on Twitter. “The future of Ukraine is in the European Union”he added.

Read also: Article reserved for our subscribers Ukraine’s accession to the European Union: why it is a crucial issue in Kyiv

The European executive issued a favorable opinion on Ukraine’s candidacy a few days ago, and on Tuesday France, which holds the rotating presidency of the Council of the EU, announced that a “full consensus” between the Twenty-Seven had emerged on this issue.

Ukrainian President Volodymyr Zelensky, who constantly repeats his country’s membership of the “European family”led a real “telephone marathon” with European leaders to ensure a consensus in favor of yes.

Ukraine had filed its request a few days after the invasion of Moscow on February 24. While candidate status for EU membership does not offer immediate security guarantees, member countries are nonetheless covered by a clause in the EU treaty which states that if a member is the victim of an attack army, the other countries of the Union are required to help it by all the means in their power.

This decision, taken at a summit of heads of state and government of EU countries in Brussels, marks the start of a long and complex process with a view to membership. Obtaining membership status can take years or even decades and is not guaranteed.

Countries must fulfill a detailed set of economic and political conditions, in particular they must commit to respecting the rule of law and other democratic principles. Ukraine will need to reduce corruption in its government and adopt other reforms.

Blocked for years in the antechamber of the EU, the Western Balkan countries already candidates for membership have for their part not hidden their bitterness in the face of the length of the procedures. “It’s a good thing to give status” candidate in kyiv, Albanian Prime Minister Edi Rama said ahead of a meeting in Brussels with EU leaders, but he advised Ukrainians not to “no illusions” on a quick accession thereafter.

Read also: Ukraine candidate to the European Union: the beginning of a long process towards membership

Le Monde with AP and AFP