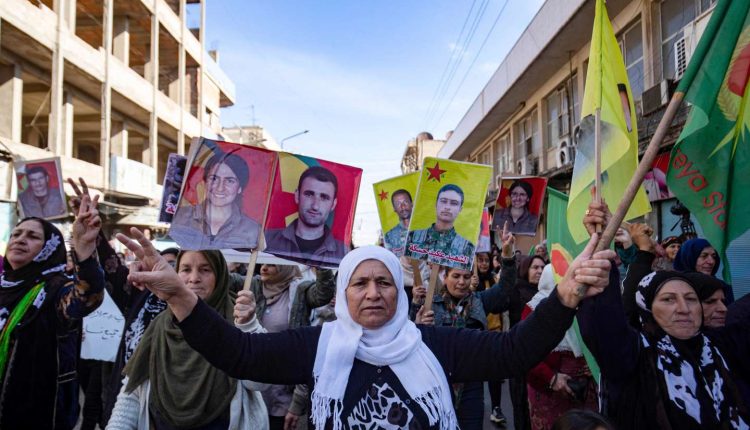 Thousands of Syrian Kurds demonstrated Sunday (November 27th) in Kamechliye, in northeastern Syria, to protest against the recent Turkish airstrikes targeting this region controlled by the semi-autonomous Kurdish administration, reported a photographer from the Agence France-Presse (AFP).

Ankara has been carrying out an aerial operation dubbed “Sword Claw” for a week against Kurdish forces in Syria and the Kurdistan Workers’ Party, the PKK, in Iraq, accused by the Turkish authorities of carrying out the November 13 attack in Istanbul. , which killed six people. Kurdish forces have denied any involvement.

After a three-day lull, Turkey carried out fresh airstrikes early on Sunday against Kurdish-held areas north of Aleppo, according to the UK-based Syrian Observatory for Human Rights (OSDH). and who has an extensive network of sources in Syria.

Five Syrian soldiers were killed by a Turkish drone strike in a village near the town of Tall Rifaat, north of Aleppo, said the OSDH, which reported an exchange of artillery fire between the Kurdish forces and Turkish forces aided by Syrian factions loyal to them in the region.

Since November 20, at least 64 people have been killed in Turkish attacks, which have mainly been concentrated in northeastern Syria: 35 fighters from the (mostly Kurdish) Syrian Democratic Forces and their allies, 28 members of the of the Syrian regime, as well as a journalist working for a Kurdish news agency, according to the OSDH. Most of them fell on the first day of the raids.

On Sunday, in the city of Kamechliyé, in the Hassaké region, thousands of demonstrators denounced the attacks of Turkey as well as the threats of a ground offensive which it is hovering. The protesters waved the red, yellow and green Kurdish flag and portraits of Abdullah Öcalan, the historic leader of the PKK, imprisoned in Turkey, launching slogans hostile to Turkish President Recep Tayyip Erdogan.

Read also: Turkey’s strikes against the Kurds: “Erdogan does not have the backing of either the Russians or the Americans”

“The will of the Kurdish people will not be broken (…)we will not leave our historic land”Siham Sleiman, a 49-year-old protester, told AFP. “We are victims of an eradicationsaid another protester, Salah El-Dine Hamou, 55. Until when are we going to die while the rest of the world is watching? »

Supported by the international coalition led by the United States, the Syrian Kurdish forces had spearheaded the fight against the Islamic State organization, driven from its strongholds in Syria in 2019. Between 2016 and 2019, Turkey led three major operations in northern Syria against Kurdish militias and organizations. Ankara repeats wanting to create a “safe area” 30 kilometers wide along its southern border.