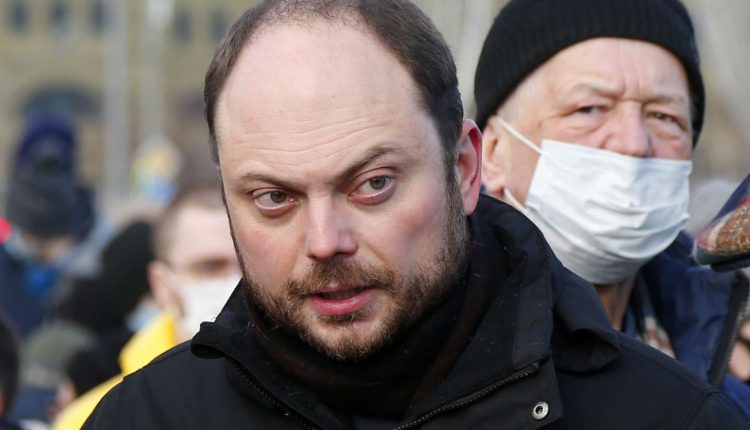 The escalation in the conflict in Ukraine and on the international scene leads, as if mechanically, to a new political hardening in Russia itself. Detained since April, the opponent Vladimir Kara-Mourza was served on Thursday, October 6, with his charge of high treason, a crime punishable by twenty years in prison.

In July, a local Muscovite elected official, Alexeï Gorinov, was sentenced to seven years in prison for having mentioned, during a municipal council, the children who died of the ” war “ in Ukraine. This sentence, reduced on appeal to six years and eleven months, had already seemed incredibly harsh.

In the case of Vladimir Kara-Mourza, no clemency is to be expected either. This 41-year-old man is one of the pet peeves of Russian power, long engaged in the fight against Vladimir Putin and enjoying a large audience abroad, particularly in the United States. He regularly pleaded for the imposition of sanctions against the president’s entourage.

A former journalist, he was close to opponent Boris Nemtsov, who was assassinated near the Kremlin in 2015, and he also worked with the organization of former oligarch Mikhail Khodorkovsky. Less famous in Russia than Alexei Navalny, for example, he shares a common point with him: Vladimir Kara-Mourza survived two poisoning attempts, in 2015 and 2017, with symptoms similar to those observed in Alexei Navalny.

Vladimir Kara-Mourza was arrested on April 11 in Moscow because of his “inappropriate behavior towards the police”in this case the fact that he would have “changed direction at their sight”. The use of such eccentric accusations is common on the part of Russian justice, which allows investigators to build a file while having the suspect at hand.

Vladimir Kara-Mourza was first charged with the “spreading false information” on the Russian army, a crime that emerged after the invasion of Ukraine. He was later accused of working for an organization “undesirable”by organising, in 2021, at the Sakharov Center, a conference on political prisoners.

This new charge of high treason, the most serious, is added to these still ongoing prosecutions. According to his lawyer, Vadim Prokhorov, Vladimir Kara-Mourza is accused of interventions during which the opponent would have criticized the Russian authorities during public events in Lisbon, Helsinki and Washington. Citing its own sources in the investigation, the media RT added on Thursday that Vladimir Kara-Mourza would have received, for his “Aid to NATO” through his public work, monthly payments of 30,000 dollars (30,680 euros).

You have 35.17% of this article left to read. The following is for subscribers only.

Europe: the gas crisis is expected to last at least until 2027

Airlines will return to profitability in 2023 after three-year slump, industry body…

BTC Dominance Is Behaving Weirdly, and…

Crypto Whales are Adding These Altcoins…

Apple Music’s getting a new…