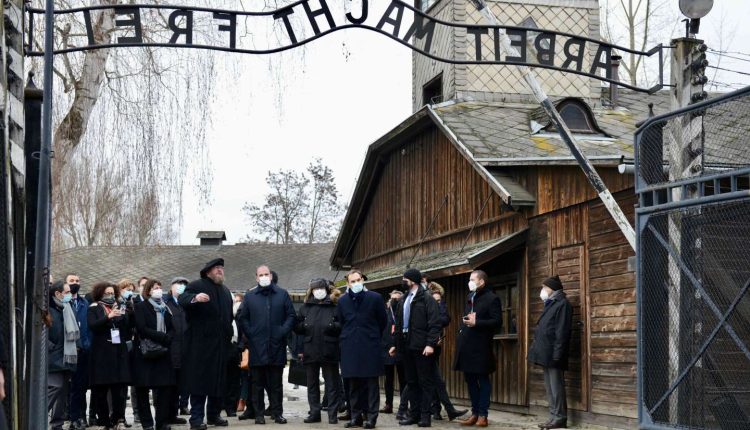 Russia will not be represented at the celebrations of the 78e anniversary of the liberation of the Auschwitz-Birkenau Nazi death camp, the site museum announced on Wednesday January 25.

“In view of the aggression against a free and independent Ukraine, representatives of the Russian Federation have not been invited to participate in this year’s celebration of the anniversary of the liberation of Auschwitz” which is to take place this Friday, explained to Agence France-Presse, Piotr Sawicki, spokesperson for the museum.

The death camp had been liberated by the Red Army on January 27, 1945. Until now, Russia had always participated in the ceremonies held annually on January 27, with its representative speaking at the main ceremony.

Read also: Article reserved for our subscribers War in Ukraine: “The only credible alternative to maintaining Western aid is, as it stands, a surrender of kyiv”

The invasion of Ukraine, an “act of barbarism”

According to the director of the museum, Piotr Cywinski, it was obvious that he could not “sign any letter to the Russian ambassador in the tone of an invitation”in the context of the conflict.

“I hope that will change in the future, but we have a long way to go. (…) Russia will need an extremely long time and a very deep introspection after this conflict to return to the living rooms of the civilized world”he said, quoted by the PAP agency.

On the day Russia invaded Ukraine on February 24, the museum called the Russian attack a“act of barbarism”. “This act of barbarism will be judged by history, and its perpetrators – it is to be hoped – by the International Court of Justice”the museum wrote on Twitter.

Built in occupied Poland, Auschwitz-Birkenau is the symbol of the genocide perpetrated by Nazi Germany against six million European Jews. One million Jews were killed in the camp between 1940 and 1945. Some 80,000 non-Jewish Poles, 25,000 Roma and 20,000 Soviet soldiers also died there.

Also read the testimonials: Article reserved for our subscribers “It is not to work in Germany that we are arrested, not with children”