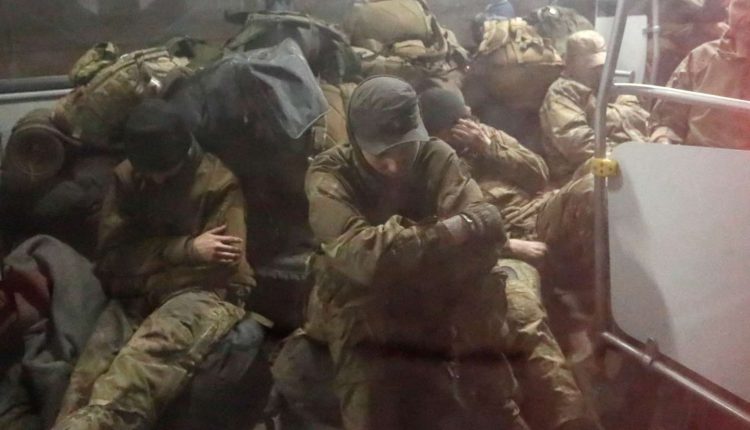 It is the fall of a symbol. Moscow announced on Friday, May 20, at 86and day of war, having completed the conquest of Mariupol. The strategic port city on the Sea of ​​Azov has become the embodiment of both Ukraine’s martyrdom and resistance. For the Russian forces, after the failure in the north of the country, of the assaults against kyiv, the capital, then against Kharkiv, the second city of the country, the total takeover of Mariupol is the first major military success of the conflict triggered by the February 24.

The last defenders of the city, besieged for weeks in the Azovstal steelworks, have all surrendered, according to Moscow. Russian Defense Minister Sergei Shoigu announced the “full liberation” from the factory to President Vladimir Putin. The surrender of Ukrainian soldiers from Mariupol, negotiated over three weeks between kyiv and Moscow, lasted five days. Started on May 16 with the exit from the steelworks of 53 wounded, it ended on Friday with a total of 2,439 soldiers taken prisoner, according to the Russian press agency RIA Novosti. kyiv, for its part, neither gave a precise figure of the fighters who surrendered nor confirmed that the evacuation was over.

Denys Prokopenko, the commander of the Azov regiment of the Ukrainian national guard, present in Azovstal alongside a unit of marine riflemen, had announced, a few hours before the Russian press release, that “the command gave the order to save the lives of the soldiers of our garrison and to stop defending the city”, which was already the de facto case since the May 16 ceasefire. The officer specified that after the evacuation of his wounded comrades, his ultimate concern was the fate of the bodies of the soldiers killed. “I hope that soon, he said, families and all of Ukraine will be able to bury their fighters with honors. »

After showing Monday images of the evacuation of the wounded, carried on stretchers by their comrades in arms, the Russian army released a video of the search of Ukrainian fighters on Friday. The Russian soldiers seemed to pay particular attention to the prisoners’ tattoos: the soldiers of the Azov regiment, which was a far-right paramilitary militia before being integrated into the armed forces, are indeed famous for displaying symbols of Ukrainian ultranationalist movement. For Moscow, the soldiers of Azov remain “neo-Nazis”and their existence in the Ukrainian army is one of the arguments allowing Russia to assert that one of the objectives of its war is the “denazification” from Ukraine.

You have 64.97% of this article left to read. The following is for subscribers only.