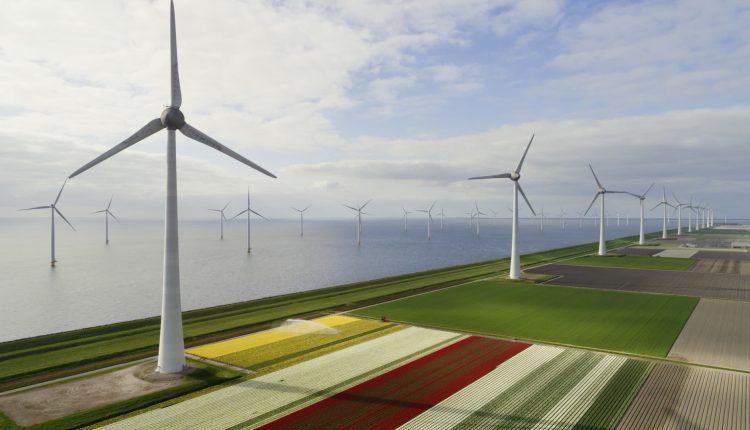 Wind turbines in the Netherlands. A report from the International Energy Agency “expects renewables to become the primary energy source for electricity generation globally in the next three years, overtaking coal.”

Renewables are on course to overtake coal and become the planet’s biggest source of electricity generation by the middle of this decade, according to the International Energy Agency.

The IEA’s Renewables 2022 report, published Tuesday, predicts a major shift within the world’s electricity mix at a time of significant volatility and geopolitical tension.

“The first truly global energy crisis, triggered by Russia’s invasion of Ukraine, has sparked unprecedented momentum for renewables,” it said.

“Renewables [will] become the largest source of global electricity generation by early 2025, surpassing coal,” it added.

According to its “main-case forecast,” the IEA expects renewables to account for nearly 40% of worldwide electricity output in 2027, coinciding with a fall in the share of coal, natural gas and nuclear generation.

The analysis comes at a time of huge disruption within global energy markets following Russia’s invasion of Ukraine in February.

The Kremlin was the biggest supplier of both natural gas and petroleum oils to the EU in 2021, according to Eurostat. However, gas exports from Russia to the European Union have slid this year, as member states sought to drain the Kremlin’s war chest.

As such, major European economies have been attempting to shore up supplies from alternative sources for the colder months ahead — and beyond.

In a statement issued alongside its report, the IEA highlighted the consequences of the current geopolitical situation.

“The global energy crisis is driving a sharp acceleration in installations of renewable power, with total capacity growth worldwide set to almost double in the next five years,” it said.

“Energy security concerns caused by Russia’s invasion of Ukraine have motivated countries to increasingly turn to renewables such as solar and wind to reduce reliance on imported fossil fuels, whose prices have spiked dramatically,” it added.

In its largest-ever upward revision to its renewable power forecast, the IEA now expects the world’s renewable capacity to surge by nearly 2,400 gigawatts between 2022 and 2027 — the same amount as the “entire installed power capacity of China today.”

Wind and solar surge ahead

The IEA expects electricity stemming from wind and solar photovoltaic (which converts sunlight directly into electricity) to supply nearly 20% of the planet’s power generation in 2027.

“These variable technologies account for 80% of global renewable generation increase over the forecast period, which will require additional sources of power system flexibility,” it added.

However, the IEA expects growth in geothermal, bioenergy, hydropower and concentrated solar power to stay “limited despite their critical role in integrating wind and solar PV into global electricity systems.”

Fatih Birol, the IEA’s executive director, said the global energy crisis had kicked renewables “into an extraordinary new phase of even faster growth as countries seek to capitalise on their energy security benefits.”

“The world is set to add as much renewable power in the next 5 years as it did in the previous 20 years,” Birol said.

The IEA chief added that the continued acceleration of renewables was “critical” to keeping “the door open to limiting global warming to 1.5 °C.”

The 1.5 degree target is a reference to 2015′s Paris Agreement, a landmark accord that aims to “limit global warming to well below 2, preferably to 1.5 degrees Celsius, compared to pre-industrial levels.”

Cutting human-made carbon dioxide emissions to net-zero by 2050 is seen as crucial when it comes to meeting the 1.5 degrees Celsius target.

Earlier this year, a report from the International Energy Agency said clean energy investment could be on course to exceed $2 trillion per year by 2030, an increase of over 50% compared to today.

In Greece, the government wants to prevent the resurgence of neo-Nazis from Golden…