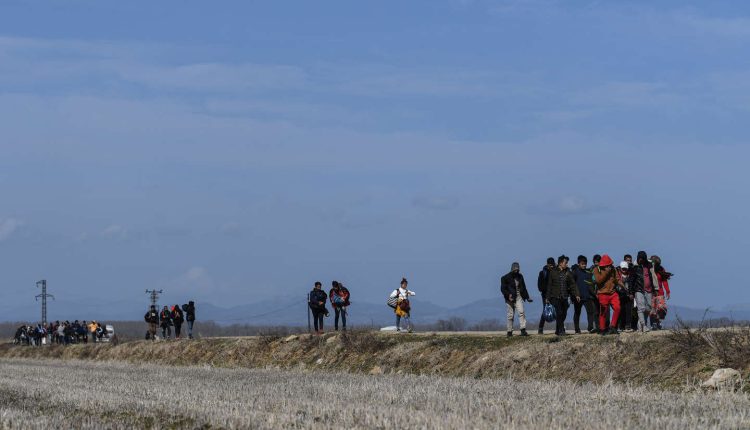 Getting to the militarized region of Evros, the river that marks the Greek-Turkish border, is never an easy task. Monday, September 19, a delegation of European elected representatives from the group The Greens/European Free Alliance experienced this. On the program: silences, heavy atmosphere and obstacles to access certain areas or people. For German MEP Erik Marquardt, Greece “try to build a different reality” and erect a “wall of lies” to deny the systematic refoulement of migrants at its borders.

Read also: Article reserved for our subscribers At the Greek borders, refugees continue to be turned back

Athens has always denied having recourse to this illegal practice, despite numerous investigations by the media, NGOs or the United Nations High Commissioner for Refugees which demonstrate this. On Monday, Greek border guards and police did not respond to MEPs’ request for an interview. The edges of the river are not authorized. A lawyer testifies to the pressures suffered by the local population and by the government not to come to the aid of the exiles. “When refugees are stopped at the border by the security forces, they are taken to police stations because places are limited in the camp. But we don’t have a mandate as an NGO to operate in these positions,” she laments.

The European Border and Coast Guard Agency, Frontex, does not seem to have a clear view of the situation either. “We are acting under the command of the Greek authorities, and we are deployed where they need it”, specifies Indra Medina Kano, operational officer in Greece of the organization. When in August 38 migrants were stranded for days on an islet between Turkey and Greece, Frontex offered to help locate the group, but the Greek authorities refused. “If the Greeks say it’s on Turkish territory, we believe them”admits the officer.

“If there are very credible allegations of pushbacks in certain areas, why don’t you demand to go and see? »asks Dutch MEP Tineke Strik. How much does this Frontex mission in Greece cost? If the agency is present in this territory, we must see an improvement. » Frontex was directly implicated, accused, in a European report revealed by the media at the end of July, to have knowledge of these forced dismissals. The European agency ensures that all human rights violations at borders are reported to fundamental rights officers. But this year, in Evros, only one case has been reported, while refoulements are daily.

You have 42.37% of this article left to read. The following is for subscribers only.

Hong Kong is giving away 500,000 flights this year—here’s what to know