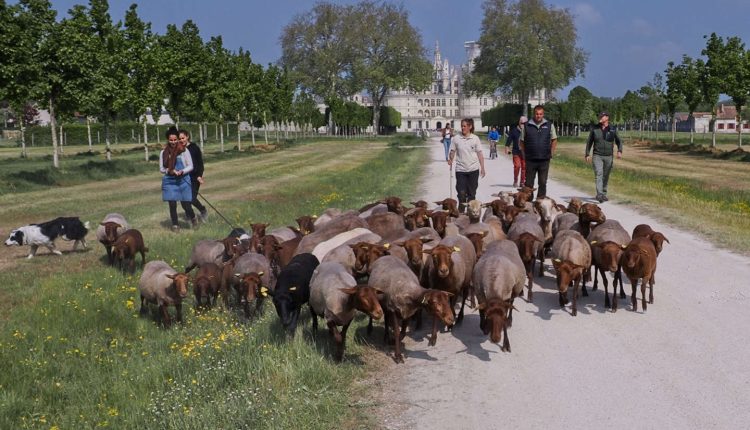 Lhe ink of the trade agreement between the European Union and New Zealand had not yet flowed when the wave of protest was already breaking. However, who says wind of discontent says sheep on the horizon. French sheep farmers are foaming with rage. No question, for them, of having the wool shorn again on their backs. “The sheep industry sacrificed for the political interests of the European Commission! »thundered the National Sheep Federation (FNO) in a press release published on Wednesday June 29, the day before the official signing.

“I am devastated”, reacts Michèle Boudoin, breeder in Puy-de-Dôme and president of the FNO. She lived through the violent shock of the 1990s, when she had just settled down. A first free trade agreement was signed with the New Zealanders. “Following this agreement, negotiated against the backdrop of the Rainbow Warrior affair and the nuclear tests at Mururoa, we were the first agricultural sector to be globalized. At the time, there were 9 million sheep in France. Today there are 5.1 million. It wiped out our industry”she testifies.

Since then, the New Zealand wolf has been in the fold. The customs barriers of the European Union have opened, ready to receive 228,000 tonnes of sheep carcasses. At the turn of the 2000s, a new bite in the calves of European breeders. A negotiation at the World Trade Organization (WTO) transforms the weight of carcasses into “carcass equivalent”. Understand that the competition has shifted to choice cuts, legs or lamb chops.

At the same time, the share of frozen meat has dropped from 90% of volumes to 10%, in favor of fresh meat. Or almost. “Old incidentals”, stored at 2°C with injection of liquid nitrogen and delivered after sailing for ten to twelve weeks. Arrived safely, lamb from the end of the world is trading at 9.90 euros per kilo, against 23 euros for its French counterpart, comments Mme Boudoin.

After Brexit, the land of Shaun the Sheep took some of the New Zealand meat quota. The countries of the European Union were left with 114,184 tons. The new agreement adds another 33,000 tonnes to the balance. Without any conditions. The FNO would like at least a limitation of the volumes of “fresh” meat and the indication of the date of slaughter to inform the consumer.

“The French presidency of the European Union ends with a new attack on food sovereignty! », reacted on its side the Confédération paysanne. Knowing that France now imports nearly half of the sheep meat it consumes. And that it will be necessary to ensure the replacement of breeders retiring. At the risk, for the sheep sector, of ending in a trickle. It had however obtained a support envelope of 110 million euros per year within the framework of the current common agricultural policy (CAP). An amount which should be reduced by 3% in the future CAP 2023-2027, in favor of the vegetable protein sector.

You have 7.69% of this article left to read. The following is for subscribers only.

War in Ukraine, live: Tensions rise between Russians and Ukrainians around the…