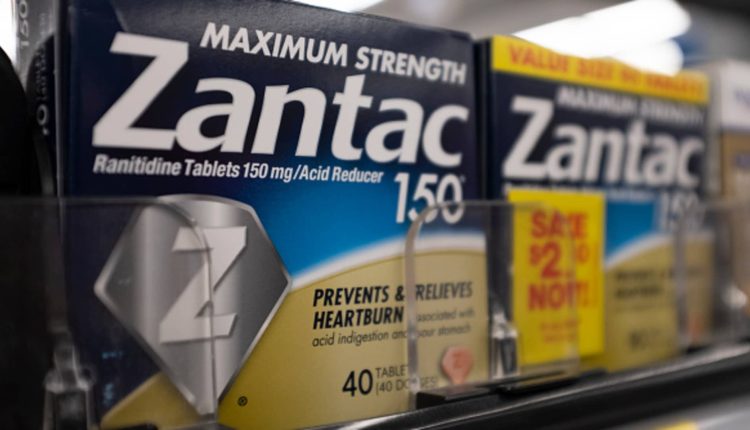 Shares of GlaxoSmithKline, Sanofi and Haleon all sold off sharply this week, shedding tens of billions in market value, amid investor fear over potential U.S. litigation charges focused on popular heartburn drug Zantac.

This has been a known issue bumbling in the background for years but investor concern exploded this week in the lead-up to the first scheduled legal proceeding on Aug 22.

Zantac is the brand name for a drug called ranitidine, a medicine used to relieve heartburn. It was originally invented and sold by Glaxo as a prescription drug in the 1980s before transitioning to an over-the-counter medicine.

In 2019, regulators launched a safety review amid concern the drug contains a probable carcinogen called NDMA, prompting manufacturers to pull it from shelves. And by 2020, the U.S. F.D.A. and the European Medicines Agency requested all versions of the treatment be withdrawn from the market.

Since then, more than 2,000 cases have been filed in the U.S. with plaintiffs contending that consuming Zantac can generate NMDA.

The first trial begins on Aug. 22 with key bellwether trials to begin in early 2023.

Zantac heartburn medicine are seen at a store in Mountain View, California on Oct. 1, 2019.

The litigation is particularly complicated because so many pharma players have been involved with the drug.

The patent for the drug expired in 1997, so there are multiple manufacturers, retailers and distributors of the medicine named as defendants in the lawsuits.

There have been multiple owners of the OTC rights in the U.S. since 1998, including GSK, Sanofi, Pfizer and Boehringer Ingelheim.

Haleon, the consumer health business spun off from GlaxoSmithKline last month, is not primarily liable for the claims, according to the company, but may be tangentially linked.

In response to the violent share price moves this week, GlaxoSmithKline, Sanofi and Haleon have all issued statements defending themselves.

A GlaxoSmithKline spokesperson said, “The overwhelming weight of the scientific evidence supports the conclusion that there is no increased cancer risk associated with the use [of] ranitidine … Suggestions to the contrary are therefore inconsistent with the science and GSK will vigorously defend itself against all meritless claims.”

A Sanofi spokesperson said, “There is no reliable evidence that Zantac causes any of the alleged injuries under real-world conditions, and Sanofi remains fully confident in its defenses. Given the strength of our case and the uncertainty of future proceedings no contingencies have been established.”

Zantac is the brand name for a drug called ranitidine, a medicine used to relieve heartburn.

Haleon asserts that it is not a party to any of the Zantac claims, saying it “never marketed Zantac in any form in the U.S.” and is “not primarily liable for any OTC or prescription claims.”

However, as flagged in the prospectus issued on June 1, “to the extent GSK and/or Pfizer are held liable in respect of OTC Zantac, Haleon may be required to indemnify GSK and/or Pfizer” under certain conditions.

What are the analysts saying?

“As with all legal outcomes, there are considerable uncertainties,” Credit Suisse’s European pharma team said in a note. “That is particularly true in this case where four companies have been involved in the ownership of Zantac rights over time”.

As the brand originator, GSK could be on the hook for the bulk of the liabilities, rather than the OTC manufacturers, according to the team.

Redburn said in a research note that given there are multiple manufacturers of the drug as well as retailers and distributors named as defendants, this potentially reduces the absolute impact at the company level.

Deutsche Bank Research pharmaceuticals team on Thursday upgraded its recommendation on Sanofi from “Hold” to “Buy” on the basis that “the Zantac knee-jerk is starting to look somewhat overdone.”

The German bank does not think it is an obvious buying opportunity but argues that “maintaining a Sell at these levels feels egregious.”

The team adds, “Both GSK/SAN now appear to present a classic conundrum: ensnared by anxiety over an impending liability overhang they cannot yet fully assess.”

How big could the settlements be?

Credit Suisse says this depends on the strength that the court sees from any link between NMDA and cancer and any evidence of wrongdoing.

Previous drug settlements have ranged from $30,000 to $270,000 per claimant based on evidence of wrongdoing.

There are currently more than 2,000 known claimants but this is expected to increase as the trials proceed.

For many investors and analysts, this ordeal brings back memories of the Bayer Roundup saga.

Like in the case of Bayer’s acquisition of Monsanto where the litigation risk was flagged to investors before the deal was completed, GSK flagged the Zantac litigation as a key risk for Haleon in the prospectus issued to investors in June.

In the nearly 500-page document, GSK warned, “The Group has indemnification obligations in favour of the GSK Group and the Pfizer Group, which could be significant and have a material adverse effect” on the group’s finances.

In contrast to Bayer’s Roundup, Zantac has been withdrawn by regulators worldwide. Further, there are currently over 2k claims related to Zantac and other ranitidine products compared to Bayer who faced 130k glyphosate-related cases.

“We don’t think the evidence points to this as another glyphosate, but it is very possible we may see a liability of some $bn magnitude,” writes Deutsche Bank.