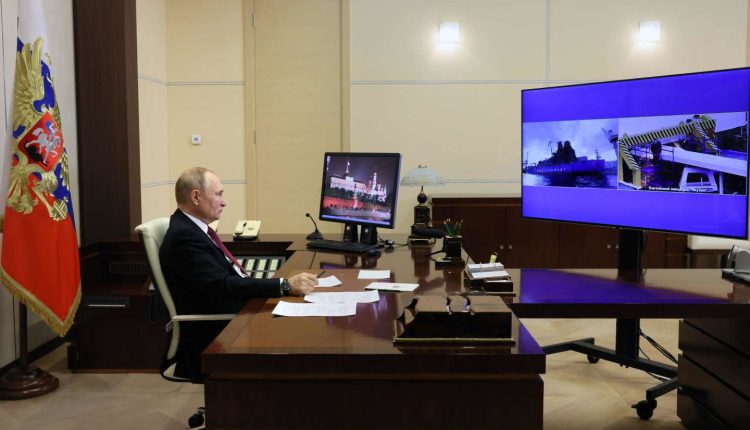 En 2005, Russia created the English-language television channel Russia Today (RT), which was included in its official list of organizations of strategic importance. In 2015, it was the turn of the French-speaking site RT France, then, in 2017, that of the French television channel. Newly elected President Macron has accused RT and Sputnik of broadcasting “fake news” and propaganda against him during the presidential campaign. As early as January 2018, he proposed to revise the media legislation in order to better combat the “fake news” on line : “I decided that we were going to evolve our legal system to protect democratic life from this fake news. »

Still, RT kept gaining ground. In 2022, it is the third global channel behind CNN and the BBC by its coverage area. According to SimilarWeb, which provides audience figures, the Rt.com site had more than 200 million visitors in March, ahead of Al-Jazeera, Deutsche Welle, France 24 and Euronews.

However, the very existence of Russian television propaganda depends on Western technologies. It is indeed the French Eutelsat which covers the territory of the Russian Federation. 22% owned by the French government, it is the world’s largest satellite operator in terms of revenue. Even the unprecedented sanctions taken in 2022 did not put an end to its cooperation with the Russians. This powerful satellite operator continues to broadcast Russian propaganda channels.

Eutelsat cooperates in particular with two major Russian pay-TV platforms which actively promote propaganda, Tricolor TV and NTV-Plus. These pay him tens of millions of euros each year to be broadcast. In total, for these two platforms, Eutelsat relays approximately 330 television channels which reach nearly fifteen million Russian households and several million viewers in Europe.

Eutelstat also broadcasts thirteen Russian news channels, in particular, within the RT group, the Arabic-language channel RT Arabic intended for North Africa and the Middle East. As well as BelRos (the channel of the Union of Russia and Belarus with a pro-Russian “imperialist” orientation), the militarist channel Zvezda of the Russian armed forces, which openly practices propaganda and disinformation, and more than thirty channels regional Russians.

Read also: Article reserved for our subscribers The operator Eutelsat cuts the broadcast of a fourth Russian television channel, at the request of Arcom

While YouTube, TikTok, Facebook and Instagram have pledged to remove RT and Sputnik from their platforms in the European Union (EU), Russia continues to operate there through other accounts. The RT videos, for example, have simply been moved to a new YouTube channel that is not affected by the sanctions.

You have 59.24% of this article left to read. The following is for subscribers only.