Mobilized in Russia: “I don’t want to behave like a coward. I go there for the adventure” 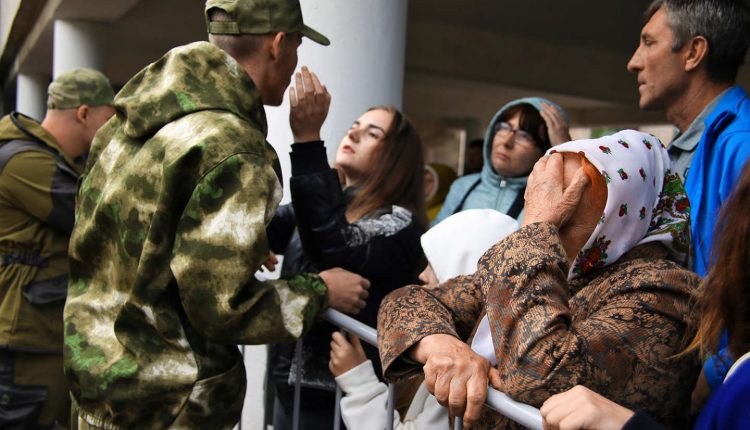 This idea haunts us. Soon, maybe tomorrow, the Russian state will put our friends before a terrible choice: go to war or go to prison. These friends that we have sometimes known since childhood (and whose first names we have changed to protect them) live in different cities and have various jobs. But they now have in common to wait for the military commissar to knock on their door, with the mobilization order in his hands, Vladimir Putin’s invitation to war. How do they live with this?

Nikolaï appears on the computer screen, dressed in a bathrobe, but wearing a military beret. He is 31 years old, is a locksmith and lives in Voronezh, not far from the Ukrainian border. He has a girlfriend but no children. Andreï, we have always known him. He served in the elite Airborne Reconnaissance Detachment of Paratroopers. We ask him what he thinks of the mobilization. “300 kilometers from here, we have what must be called by name, a war. So if they call me, yes, I’ll go. »

And there, on the screen, Nikolai begins to imagine an improbable dialogue with the military commissar who will perhaps come looking for him. “He’ll ask me, ‘Are you going to go or not?’ I will answer: “Comrade major of the guard, I am a patriot, but I do not want to find myself on the straw. I am 1000% prepared, I know how to mount and dismount a Kalash, I know how to shoot, including with a grenade launcher, I have a tank driver’s license, I am physically prepared. I will go to fight, but not for you, my fellow major, I will go, but only for the money. Please give me three “cakes” [3 millions de roubles, soit 54 000 euros] and 150,000 rubles [2 700 euros] every month and, okay, I’m ready to go for six months! »

Read the report by Elizaveta Chougounova and Andrey Kazantsev: Article reserved for our subscribers Forgotten by Moscow, loyal to Putin: Fère-Champenoise, Russian-style fatalism

At the end of our conversation, Nikolai asks me if some of our friends want to avoid conscription by buying a fake military card, which would indicate their incapacity for health reasons. He can provide it for 240,000 rubles (4,300 euros). Nikolaï explains that these documents are selling like hotcakes.

“Either I come home with a bag of hilarious stories, or I won’t come back, but I will be a hero. » Mikhail

Mikhail, 30, does social media marketing for a large steel company. We worked together in the same company. Misha is a representative of hipster youth. He lives alone. We often had lunch and parties together. He made us laugh with goofy stories about his military service. He gives the impression of not making the difference between his service and the war.

You have 55.21% of this article left to read. The following is for subscribers only.