In Ukraine, Volodymyr Zelensky displays his battle against corruption to reassure the population and Westerners 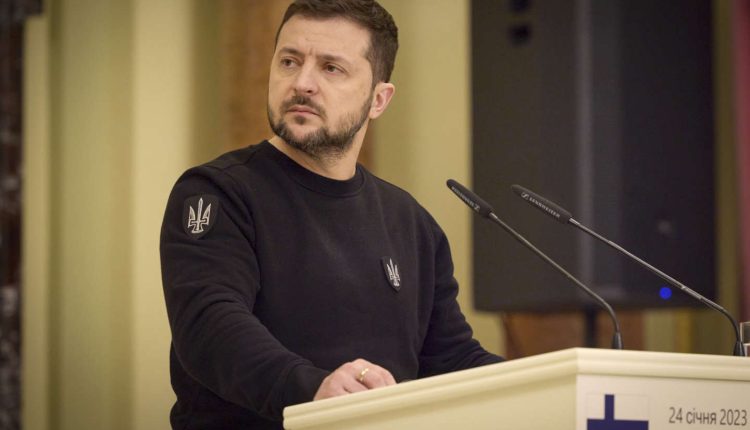 Resounding corruption scandals trigger chain dismissals and resignations in Ukraine. In less than forty-eight hours, President Volodymyr Zelensky’s office announced the ousting of four deputy ministers and five regional governors. Among them are Deputy Chief of Staff of the Presidency Kyrylo Timoshenko, Deputy Defense Minister Viatcheslav Shapovalov and Deputy Prosecutor General Oleksii Simonenko. The governors of the Dnipropetrovsk, Zaporijia, kyiv, Sumy and Kherson regions, on the front line against Russian troops, were also removed from power.

These cascading departures come after the revelation, in quick succession, of two cases of financial embezzlement. The Deputy Minister of Infrastructure, Vasyl Lozinsky, is accused of having pocketed 400,000 dollars (368,000 euros) in bribes on contracts to purchase generators. He was dismissed from his post on Sunday 22 January. The Deputy Minister of Defense, meanwhile, resigned after an investigation by the Ukrainian press accusing the Ministry of Defense of having paid for food products, intended for the army, “two or three times more expensive” than the market price. The scam would reach 303 million euros.

For his part, Kyrylo Timoshenko did not give a reason for his departure. He had drawn criticism after using for personal purposes an SUV donated by the United States to evacuate victims in combat zones. He then publicly renounced this car and sent it to the front for humanitarian needs.

“Zelensky’s decisions reflect key state priorities. (…) The president sees and hears society. And it responds directly to a priority demand of public opinion: justice for all.commented on Twitter Mykhaïlo Podoliak, adviser to the president.

Despite the immense popularity enjoyed by Mr. Zelensky, with support above 80%, his administration is not immune to criticism linked to the scourge of corruption, endemic in Ukraine. However, the fight against financial embezzlement is an essential condition for the country to continue to benefit from the economic aid of its allies. Anxious to display an unfailing will in the matter, the president therefore decided to clear the way, and proclaimed it loud and clear so that the message was heard both inside the country, where accusations of corruption bristled a population already war-tested, and abroad, to international partners, whose financial, military and political support is crucial in the face of Russia.

You have 60.51% of this article left to read. The following is for subscribers only.