In Turkey, Europe’s new trash can, recycling plastic is seriously damaging health and the environment 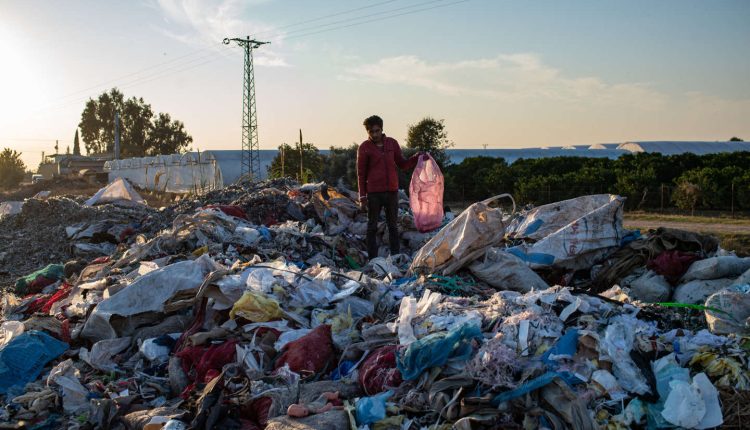 Since China decided not to be the world’s trash can anymore and to ban the import of plastic waste in 2018, Turkey has become the first destination for waste from the European Union (EU). In 2020 and 2021, it received around half of the plastic waste that the Twenty-Seven do not process on their own territory. Between 2016 and 2020, imports jumped by more than 1,200% to now reach around 450,000 tonnes per year.

The non-governmental organization (NGO) Human Rights Watch (HRW) has investigated the health and environmental consequences of this plastic recycling boom in Turkey, a country which is already struggling to absorb its own waste, estimated at around 5 million tonnes per year. year. “It’s as if they were poisoning us” : in a report published Wednesday, September 21, HRW is sounding the alarm. Respiratory problems, severe headaches, skin diseases, lack of protective equipment, limited or non-existent access to medical treatment, child labor… Throughout the 88 pages, the NGO draws up a catastrophic inventory. It concerns both local residents and workers in these recycling facilities, who are often recruited from among the most precarious populations (refugees, irregular migrants).

Read also: Plastic waste is expected to continue to rise by 2060, even if stringent measures are taken, warns the OECD

According to data from the Turkish Ministry of Environment, Turkey has more than 1,800 recycling facilities across the country. HRW conducted its investigations in Istanbul (12% of installations) and Adana (9%). A southern city of 2 million inhabitants, Adana is the capital of plastic recycling. Located near the port of Mersin, on the Mediterranean, this is where nearly half of the imports of this type of waste land.

Recycling involves several steps. The vast majority of plastic is collected by an army of “collectors”, estimated at 500,000 people, who criss-cross the streets of the country on foot or by bicycle. The waste is then crushed, washed, melted at high temperature, then transformed into pellets. This transformation process is the source of the emission of many toxic pollutants. Some facilities visited by HRW were obviously not suitable. Thus of this factory in Adana without window or ventilation system: “The facility was filled with thick smoke and the floors covered in black, oily dust with a meter-high pile of ash and dust. » Neither the workers nor the owner were wearing any protective gear.

You have 59.86% of this article left to read. The following is for subscribers only.