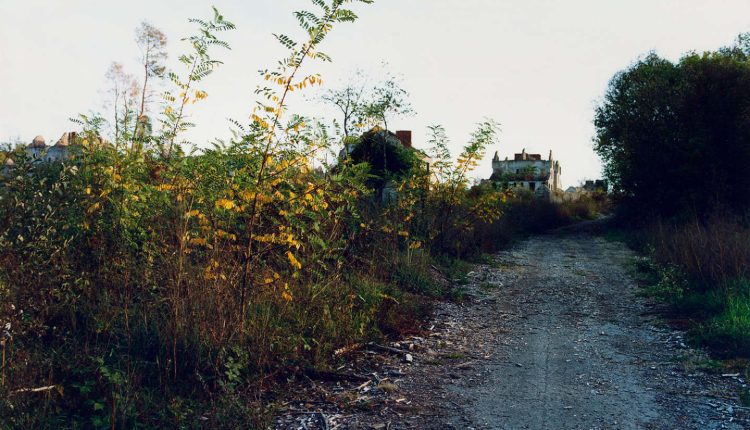 2,000 kilometers from kyiv, in the heart of the Moselle, is the village of Denting, 280 inhabitants. The rural town seems far, very far from the bombings that hit Ukraine. And yet. Denting shelters on 80 hectares an old barracks, baptized “ban Saint-Jean”, today devoured by the vegetation and reduced to the state of ruins.

There, between 1941 and 1944, were imprisoned in abominable conditions, in fact slowly killed by hunger, disease and exhaustion, thousands of soldiers of the Red Army. In a muffled echo of the clash of arms, the place is the subject of a dispute between two memories, that of Ukraine and that of Russia. This dispute has lasted for nearly eighty years, which the invasion of Ukraine by Vladimir Putin’s tanks has only exacerbated.

Since the end of the Second World War, Ukrainian nationalism has been systematically crushed by the Kremlin in the Soviet space. The yellow and blue flag was prohibited there. But here, in Ban Saint-Jean, in the middle of these vast agricultural plains which are reminiscent of the infinite and bleak spaces around Kherson, Dnipro or Kharkiv, it has always floated proudly, unfettered, on par with the French colors. . A symbol of resistance maintained, generation after generation, by exiles and their descendants. To the great displeasure of the Russian representatives in France who never stopped and never stop stifling it.

On this gray autumn day, in Denting, employees of the National Office for Veterans and War Victims (ONACVG) are busy cleaning a green square cleanliness which adjoins the old barracks. Below, less than a meter, was a mass grave containing several thousand bodies thrown pell-mell by the Germans. Above, a monument formed by two identical stelae in cream stone, adorned with two plaques, one in Ukrainian and the other in Russian. They say exactly the same thing: “To the thousands of Ukrainian and other Soviet prisoners of war who died in this stalag ban Saint-Jean 1941-1944. Passing by, remember! »

Who is buried there?

“To the thousands of Ukrainian and other Soviet prisoners”… These are the terms of the quarrel carved in stone. Who was buried there? Soldiers who came without distinction from all parts of the former USSR, drowned in the great ensemble of the Red Army, as claimed by the Russian authorities in their desire to rehabilitate the defunct communist empire? Or sacrificed mainly from Ukraine, as asserted by the diaspora and, now, the officials of this independent country since 1991?

You have 87.89% of this article left to read. The following is for subscribers only.