In Belgium, a young woman victim of the 2016 attacks resorts to euthanasia because of “unbearable psychological suffering” 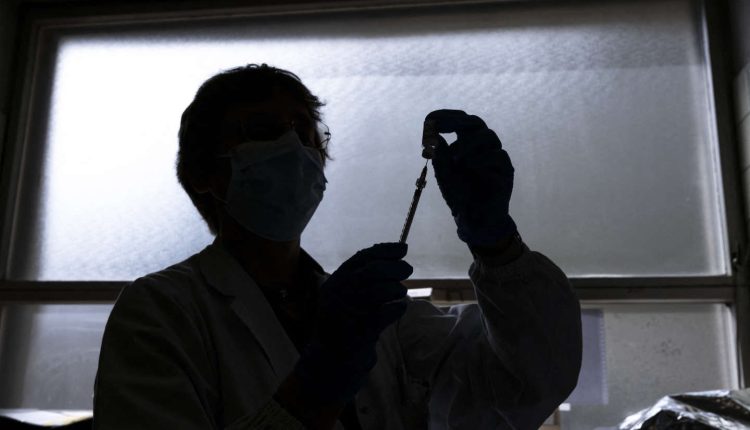 The tragic story of Shanti de Corte arouses emotion in her country and sends France back to its recurring ethical debates around euthanasia. After a long therapeutic and hospital journey, this 23-year-old Belgian, survivor of the attacks in Brussels in 2016, resorted to assisted suicide on May 7, because of “unbearable psychological suffering”.

It’s here RTBFBelgian audiovisual public service, which revealed the underside of the death of the young Flemish, Wednesday, October 5, in an episode of news magazine “Investigation” devoted to the “forgotten” victims of the terrorist attacks of May 22, 2016. The attacks left 32 dead and more than 300 injured. Suffering from psychological discomfort prior to the attack and amplified by the trauma of the attacks, the young woman wanted to end her life.

Shanti de Corte was among the survivors of the double suicide bombing that targeted the metro in the Belgian capital and Brussels-Zaventem airport, in the northeast of the city. On the day of the terrorist attacks, the teenager was at the airport with 90 other students from the Sint-Rita college in Kontich (in the Antwerp region), all on their way to a school trip to Italy. While the students were waiting in the departures hall, the two terrorists present on the site detonated their explosives, a few meters from them.

Shanti de Corte emerges physically unscathed from the attack. But his psychological trauma is immense and fuels a pre-existing malaise. The psychologist at her school at the time confirmed to RTBF that she had received a student “who already had serious psychological problems before the attack”, in post-traumatic shock after the terrorist attack.

“A few weeks after March 22, Shanti [de Corte] is hospitalized in a psychiatric facility in Antwerp. A place she knows well since she had already stayed there several times before the attacks,” specifies the Belgian media. The young woman then goes under a heavy antidepressant treatment and begins a cycle of round trips to the hospital, which will last six years.

In 2020, Shanti de Corte makes a suicide attempt (which is not the first). His drug treatment is increased, and the concern of those around him increases. Her friends and a therapist offer her to join a therapeutic program specifically created for the victims of the attacks in Brussels, which she declines.

Read also: Article reserved for our subscribers 2016 attacks in Brussels: the accused will not appear in separate glass boxes

After making several requests for euthanasia that have so far been refused, the student approaches LEIF, an association that defends the right to die with dignity. His new request, made in April 2022, is this time validated by two psychiatrists. Shanti de Corte was euthanized according to her wishes, surrounded by her family, on May 7.

The decision to grant the right to euthanasia to Shanti de Corte, only 23 years old and survivor of an attack, has raised, since her death and the broadcast of the report, medical and ethical questions. A neurologist from the Brussels University Hospital Brugmann, Paul Deltenre, who intervened in the case, notably estimated with the RTBF that euthanasia should not have taken place because other treatment proposals had been made to the young woman.

The Antwerp public prosecutor’s office opened an investigation into the facts following a report, before closing the case, concluding that the procedure had been respected. Questioned by RTBF, the Federal Commission for the Control and Evaluation of Euthanasia, for its part, explained that the law had been respected and that the “young girl was in such psychological pain that her request was logically accepted”.

Read also: End of life: the order of doctors, opposed to euthanasia, calls for a “conscience clause”

In Belgium, where euthanasia has been authorized since 2002, the broadcast of the report revealing the end of life chosen by Shanti de Corte has however been decried. Through the voice of their lawyer, the relatives of the deceased asked this ” that their privacy and tranquility are respected,” note in particular the online media 7 out of 7. He also specifies that the family, who refused to respond to RTBF’s requests, ” expressed reservations about compliance with professional conduct and ethics”, considering that the report contained “several fundamental errors”.

What does the Belgian law say about euthanasia?

Belgium is one of the first European countries to have authorized euthanasia (death caused by a caregiver at the request of a patient), twenty years ago. She admits to having a broad definition of the conditions making euthanasia possible.

The text of the law specifies that the patient’s request must be “voluntary, thoughtful, repeated”, “without external pressure”. He points out that the doctor will not commit an offence” as soon as the patient, victim of a “constant and unbearable physical or psychological suffering” aftermath of a “accidental or pathological incurable affection”, “is in a hopeless medical situation”. As in the case of Shanti de Corte, a second medical opinion is necessary when the death of the patient “obviously will not intervene” naturally “at short notice”.

Read also: Article reserved for our subscribers “The debate on euthanasia should be part of an ethics of discussion”

The announcement of the circumstances of the death of Shanti de Corte also took place the day after the decision of the European Court of Human Rights (ECHR) to condemn the Belgian State for “failures” in the a posteriori control of euthanasia practiced in the country, in a judgment delivered on Tuesday 4 October. This was the first time that the ECHR ruled on a case questioning legislation authorizing euthanasia.

According to Agence France-Presse, the country recorded 2,700 euthanasias in 2021. Most of these concerned people aged 60 to 89 and, in 84% of cases, death was expected at “short term”.