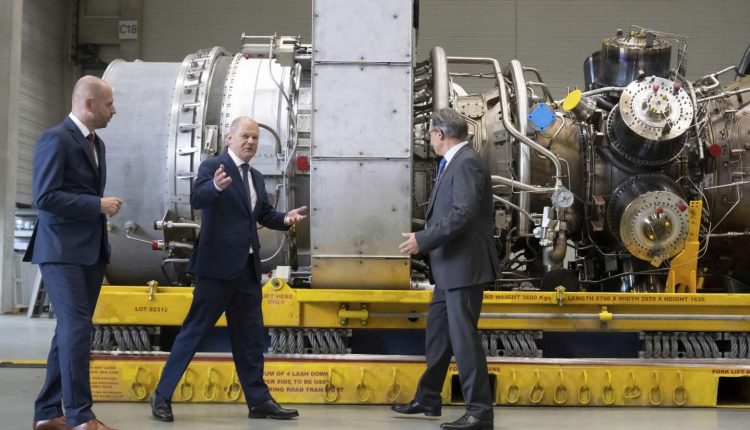 Germany will not be able to rely on gas from Qatar. The market that the Federal Minister for the Economy, Robert Habeck, thought he had tied up during his trip to the Gulf in March, has been canceled. The announcement of this setback, at the beginning of August, is not further commented on by Berlin. But this is undoubtedly additional bad news for Germany, which has been faced since mid-July with a reduction in Russian deliveries. After ten days of maintenance in mid-July, the Nordstream 1 gas pipeline only resumed shipments at 20% of its capacity.

“The situation is tense and a worsening cannot be ruled out. But for now the supply is stable”, notes the Federal Network Agency (Bundesnetzagentur), which publishes a daily report on the state of gas reserves in Germany. The tool is as scrutinized as the contamination indicators were at the height of the Covid-19 pandemic. We follow the evolution of the flow in the pipelines and the filling rate of the reservoirs. It should pass the 75% mark in the coming days, two weeks ahead of schedule. This tour de force is above all due to the energy sobriety of the Germans: gas consumption recorded a significant drop of 21% compared to July 2021. Companies are carrying the bulk of the efforts. Thus, Mercedes should halve its needs by the end of the year. And Siemens announced Thursday August 11 to be able to completely do without gas now.

However, the various scenarios for the coming months, made public on August 7 by the Networks Agency, are gloomy: a single model indicates that the country could escape shortages – if Germany continues to consume 20% of gas in less, if it also reduces by 20% the volumes of gas it transfers to the rest of the European countries and if the two liquefied natural gas terminals under construction come into service as planned in January. On this point, the head of government Olaf Scholz showed great confidence Thursday, August 11, during his back-to-school press conference. “We will have gas”he said, without specifying whether he was talking only about these terminals or the reserves of the entire country.

Read also: Article reserved for our subscribers In anticipation of the cessation of Russian deliveries, France hastens to build up its gas stocks

Faced with so much uncertainty, pragmatism takes over: it is already necessary to organize rationing. German and European laws protect individuals as well as the health sector (hospitals, retirement homes, etc.). The rest of the economy has no guarantees. Who will have gas at Christmas? The question obsesses all business leaders. Nothing leaks on the future arbitrations of the Federal Network Agency. “Politics gives us maximum freedom”recognized Sunday Klaus Müller, its director, in a newspaper interview Welt am Sonntag.

You have 46.3% of this article left to read. The following is for subscribers only.