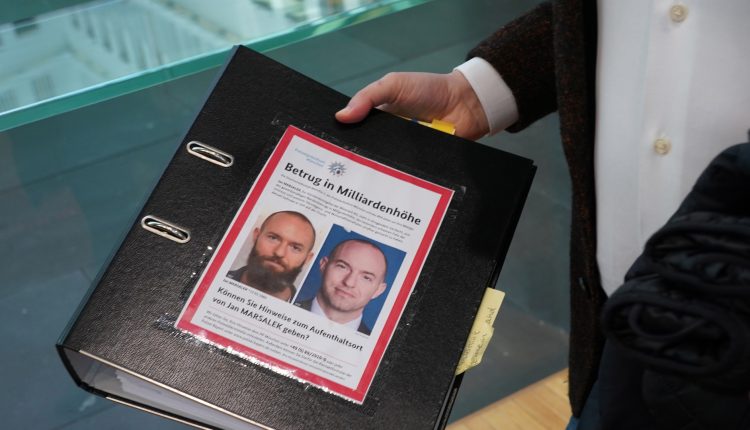 Ex-Wirecard manager Marsalek probably went into hiding in Russia. The former constitutional protection officer Weiss probably helped him – but he rejects the accusation of aiding the escape.

There has been no trace of Jan Marsalek for almost two years: on the evening of June 19, 2020, the former Wirecard board member made off – by plane from the small Austrian airport Bad Vöslau in the direction of Minsk. To this day it is unclear where Marsalek went into hiding in the end.

One of the people who supported Marsalek is Martin Weiss. The 58-year-old worked until spring 2018 for the now defunct Austrian Office for the Protection of the Constitution BVT. According to his own account, he retired for health reasons. He then worked for a now liquidated company called “IMS Capital” in Munich. A close friend of Marsalek ran the business there.

After several months of reflection, Weiss canceled a meeting with reporters from the Bavarian Radio and the “Welt am Sonntag” in his new home Dubai. He has found a new job with a financial company in the metropolis in the United Arab Emirates. It’s his first interview.

At the beginning of April, the former intelligence service man was sitting on the 33rd floor of a hotel, the meeting point. He wears jeans and a light blue shirt with his initials embroidered on it. The gaunt man not only sounds exhausted, he also looks like it because of the dark circles under his eyes.

Weiss and Marsalek have known each other since 2015. They are on first-name terms and both have a “friendly relationship”. Marsalek is someone you can talk to about any topic, “in many languages,” Weiss recalled in an interview report Munich. That still sounds like admiration and not resentment: “When you get married, you don’t know at the end of the day whether it will go well or not.” For the investigative authorities in Germany and Austria, he is a key figure in bringing light to the mysterious disappearance of the former Wirecard board member.

In fact, according to Weiss’ descriptions, Marsalek still sought contact with him after he went into hiding. Marsalek usually wrote to him via encrypted messenger services, “and then I called him back on a secure line”.

“It was always about how he could help me”

At the end of January 2021, the Vienna public prosecutor’s office had Weiss arrested and interrogated, after which he had to be hospitalized for a long time. After that, Marsalek got in touch again, reports Weiss. That was in the spring of 2021, more than half a year after his disappearance.

Weiss does not want to have asked the former Wirecard board about his whereabouts and his plans. Instead, he worried about him: “How are you now? Can you make ends meet?” Weiss continues: “It was always about how he could help me.” This information cannot be verified, as Weiss claims that all communication with Marsalek has been deleted. In addition, the public prosecutor’s office is in possession of the cell phones through which the communication is said to have taken place.

In an interview with BR and “WamS” Weiss also describes the last hours before Marsalek left the EU: On June 18, 2020, the manager asked confidants to go to an Italian restaurant in downtown Munich, including Weiss. “Then he told us that he was on leave from Wirecard and that the supervisory board had asked him to investigate now.”

Marsalek explained to him that he would travel to the Philippines via Minsk. That’s why he asked him to organize a flight. “He gave me his passport, I sent these documents to Austria with the request that a plane be organized. At first I didn’t think anything of it, I didn’t find it reprehensible in any way,” explains Weiss.

Weiss does not organize the flight himself, he delegates the task to a former FPÖ politician. Finally, Marsalek takes off with a private plane from Bad Vöslau. Weiss rejects the allegation of help to escape made by the investigating authorities in Vienna and Munich: Marsalek had left the country officially and registered.

Arrest warrant only three days after the escape

On request from BR and “WamS” confirms the Munich public prosecutor’s office that before June 22, 2020 Marsalek was not strongly suspected of having committed a crime. There was also no arrest warrant at the time. The authorities only applied for this on the morning of June 22nd.

At that time, it was clear from a Wirecard ad hoc announcement that there were not 1.9 billion euros that were supposed to be in Philippine trust accounts.

For the parliamentary state secretary in the Federal Ministry of Finance, Florian Toncar, it is ultimately decisive what Weiss knew about the motives of the fugitive and about the criminal acts that he may have committed. The FDP politician was a member of the Wirecard committee of inquiry in the past legislative period.

Where is Marsalek today? Weiss doesn’t know his whereabouts, he explains in an interview in Dubai: “I have no suspicions either, I didn’t ask him about it.” Bruno Kahl, head of the Federal Intelligence Service (BND), said on May 7, 2021 as a witness in the Wirecard investigative committee behind closed doors: “There are credible indications that Mr. Marsalek is in Moscow.”

According to research by BR and “WamS”, the latest media reports that the Russian secret service FSB has promised the BND a meeting with Marsalek are not accurate.

In security circles it is said that only one contact with alleged connections to the FSB in Moscow offered the BND a meeting with Marsalek. The repeated offer was finally classified as dubious. It was not an official FSB offer. FDP politician Toncar suspects: “The longer the stay in Russia lasts, the more likely it becomes, in my view, that there is no interest in him being allowed to leave the country.”

Marsalek confidante defends himself against allegations of aid to escape