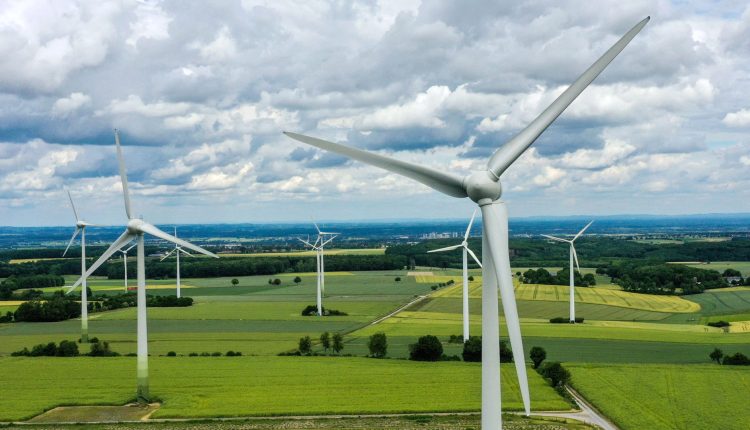 Waste of resources and harmful greenhouse gas emissions – wind turbines are currently being criticized again. They are an important part of the energy transition. What is the truth about the allegations?

It would take “ten wind turbines every day” to achieve the energy targets set by Economics Minister Robert Habeck by 2030, Markus Steilemann, President of the VCI Chemicals Association, recently claimed to the “Bild” newspaper. He continued: “One of them needs 4,000 tons of steel; that’s half an Eiffel Tower. That means: five Eiffel Towers every day. And that for the next 8 years”.

However, the numbers that Steilemann quotes are incomprehensible: First of all, there are different tower and mast shapes for wind turbines. Most of the material is needed for tubular steel towers – according to the Federal Wind Energy Association For a multi-megawatt wind turbine of this type with a height of 60 to 120 meters, it weighs between 60 and 250 tons, which is significantly less than Steilemann stated.

Only quarter Eiffel Tower instead of five

Steilemann has now admitted his mistake and corrected it on Twitter. However, “bild.de” still contains the wrong information.

The climate killer in the tower?

That ARD business magazine plusminus sounded the alarm a few weeks ago because of another issue: Sulfur hexafluoride (SF6), the most dangerous greenhouse gas for the climate, is used in wind turbines. One kilogram of the gas is roughly as harmful to the climate as 22.8 tons of carbon dioxide (CO2). Once it enters the atmosphere, it takes more than 3,200 years to decompose again.

However, the sulfur hexafluoride is not emitted by the wind turbines, as has been repeatedly claimed, but remains in the system throughout its entire service life – more precisely in the switchgear, as can also be found in numerous other energy technology systems.

According to the Norwegian research institute SINTEF, there are in a typical wind turbine less than three kilograms of the greenhouse gas. Even if these were to escape through accident or tampering, it would make up for the CO2 savings that the wind turbine generates in two and a half days when using a CO2 savings of 10,000 tons per year calculates.

In relation to the total production of sulfur hexafluoride, the share of wind turbines is irrelevant, and certainly not in terms of emissions into the environment: these are noisy Federal Environment Agency highest when disposing of old soundproof windows where the gas is not recycled.

Meanwhile were Alternatives to sulfur hexafluoride developed, which will, however, only slowly become established. They require a less compact switchgear design, which was initially considered problematic in wind power applications. In the meantime, however, there are also technical solutions here.