Why East Germany is benefiting so much from the investment boom 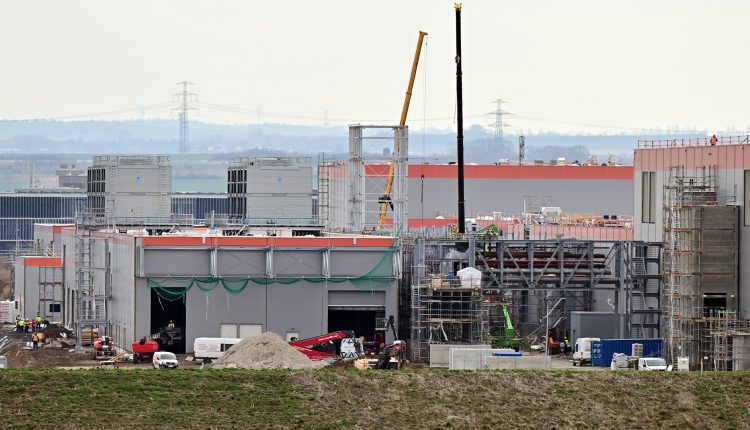 Whether Tesla, Intel or the battery manufacturer CATL – East Germany attracts major international investments like no other region in the country. What makes it so attractive in the location competition?

“We’re rolling out the red carpet for Intel – and that’s a good thing.” What the Magdeburg city councilor Falko Grube (SPD) announced at the beginning of June when voting on the development plan for the Intel settlement roughly reflects the mood in many East German states. People want to profit from the high-tech boom at all costs. In return, the communities sometimes make major concessions and focus on the future.

Whether Tesla in Grünheide in Brandenburg, the battery manufacturer CATL in Thuringia or Avnet and Intel in Saxony-Anhalt – these settlements are a top priority for the state governments, and they are constantly receiving new inquiries from all over the world. Even Saxony, which got nothing when Intel settled, can have hopes for other investments.

Short transport routes as an advantage

Corona and the Ukraine war may have promoted this development, but they are not the only factors that are responsible for this renewed upswing. Because the decisive factor for the settlements are the short and safe transport routes within Europe. Saxony, Thuringia and Saxony-Anhalt in particular benefit from Leipzig-Halle Airport, the air freight hub. In addition, the new high-tech regions are very well connected in terms of transport by motorways and waterways.

At the same time, the new settlements are an opportunity to offer people in the east a perspective of promising, well-paid jobs after the coal phase-out, says Saxony-Anhalt’s Economics Minister Sven Schulze (CDU). Even automotive suppliers in the central German states have to break new ground when the internal combustion engine is phased out.

In the field of e-mobility, investments such as the CATL battery plant near Erfurt are just in time. Europe’s largest battery cell factory is scheduled to start production in late summer 2022. The Chinese company CATL chose Thuringia despite the high wage, energy and tax costs. Thuringia’s Economics Minister Wolfgang Tiefensee (SPD) cites the central location in the middle of Germany and Europe as a location advantage, where automobile manufacturers as well as research and development locations are nearby.

This is also underscored by Intel Germany boss Christin Eisenschmid. She would like the Intel factory in Magdeburg to cooperate with the universities in the immediate vicinity, the Max Planck Institute and the Fraunhofer Institute in order to promote research and, above all, to attract specialists. And all new high-tech locations in the East can benefit from this, because the shortage of skilled workers is one of the greatest challenges.

Instead of working against each other, the locations must network more closely in the future, demands Oliver Holtemöller from the Leibniz Institute for Economic Research in Halle. East Germany must use the momentum and see itself as an economic area. The region can only remain attractive for potential investors in the future if it is closed.

A big plus are the undeveloped, large, contiguous areas that only exist in eastern Germany. The new industrial parks offer room to grow. The electronics service provider Avnet, which is building a high-performance distribution center in Bernburg in Saxony-Anhalt, also appreciates this. His customers include Intel and Infineon.

A lot of water is needed

According to Roswitha Heiland, logistics manager at Avnet, the company cannot expand either at the locations in Belgium or in Bavaria. Bernburg offers this opportunity, which the company is now using. At the same time, the manager praises the commitment of the city, which provides all the support for the settlement process in the approval process. This is the experience of many investors in the East.

But even if the billion dollar settlements are implemented without much resistance – there is a catch. Semiconductor production requires vast amounts of water. This is particularly scarce in the East. Industry and politics want to ensure that sustainable methods for water treatment are developed for reuse. So far, however, these are only declarations of intent for which there are no concrete implementation plans.

Hopes for the high-tech future of the East are high, but how long will the enormous demand last? “The market is hot at the moment, and that’s good,” says Slobodan Puljarevic, head of Avnet’s Germany. At the same time, however, he also indicates that the market is very volatile. “It can change relatively quickly,” said the manager. But so far the forecasts show that investors are counting on growth – and are hoping for a golden age in eastern Germany.