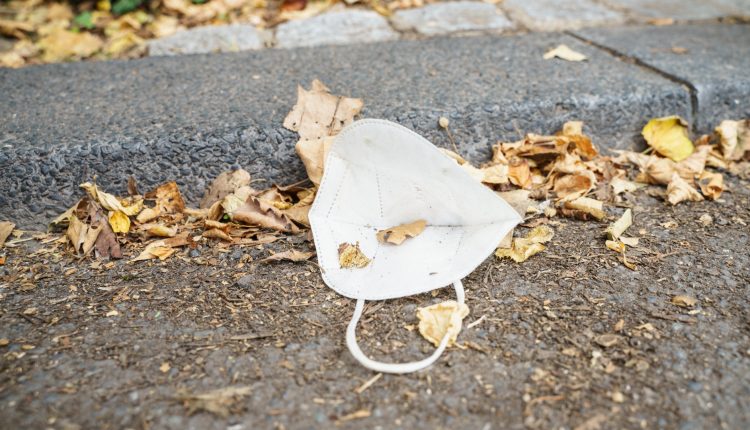 The Corona summer wave is coming to an end. But the numbers could rise again in the fall. How well prepared is Germany this time? What do the variants mean for the pandemic? What an adapted vaccine?

How is the virus evolving?

Anyone who gets infected with the corona virus is very likely to have it to do with the Omikron variant BA.5. According to the Robert Koch Institute, BA.4 and BA.2 were also possible been detected in the past few weeks. The various omicron sublines have in common that they are significantly more contagious than their predecessors: the wild type, alpha, beta, delta – the variants that caused the most infections in the first years of the corona virus were not so easy to transmit.

On the other hand, people became more seriously ill when they became infected. In addition to vaccinations, this is the reason why, despite high incidences, only comparatively few people are currently seriously ill with Covid.

For a new variant to be able to assert itself against the previous ones, it needs a transmission advantage – that means either that it is more contagious due to its biological properties or that it has changed in such a way that the body’s immune system recognizes it less well. That says Richard Neher, an expert in virus evolution at the University of Basel.

According to the Federal Government’s Expert Council, it is currently not possible to reliably predict which variant could follow Omikron and which properties it will then bring with it. And Neher also doesn’t think it makes sense to predict how the virus will develop.

Will the incidences increase again in autumn?

The past winters have been characterized by a sharp increase in the number of infections. Further autumn and winter waves are also expected this year. How strong these are depends on the prevailing virus variant and its properties, so it is not possible to accurately predict the coming waves of infection.

From the point of view of the immunologist Martina Prelog from the University of Würzburg, however, there is a decisive difference compared to last year: A large proportion of the population had three or four vaccinations, and many were infected with an omicron variant in spring and summer.

“We have a completely different starting point than last year: a broad basic immunity has probably developed in the population. This is especially true in the younger population groups.” This means that many people now have a lower risk of becoming seriously ill.

However, the protective effect of the vaccination or surviving infection decreases over time. In particular, the antibodies on the mucous membranes decreased. It is therefore possible to become infected again after a few months, even after repeated vaccination. However, the vaccination strengthens the long-term immune memory, so that most people who have been vaccinated several times no longer become seriously ill – even if a new, closely related virus variant occurs.

However, this is especially true for young people with a healthy immune system. Unvaccinated people, whose immune systems have only been exposed to omicrons through a mild infection, do not appear to build up as strong an immune protection, according to Prelog. Elderly or immunocompromised people would still have a higher risk of developing serious illnesses from Covid.

What role will adapted vaccines play?

Those who get vaccinated against the coronavirus receive the vaccines that were developed at the beginning of the pandemic based on the original virus. This means that around 63.7 million people in Germany have now been vaccinated at least twice, and 51.5 million even at least three times. Last August, the number of people with basic immunization was around 46 million.

But the virus has changed and can partially evade the built-up immune protection. By adapting to omicron viruses, the vaccine used should better match the viruses actually circulating.

The study results, which have so far been published by the manufacturers on the modified vaccines, are positive, the vaccine researcher Leif Erik Sander explained to the editorial network Germany: “The antibodies can also be activated with the conventional fourth vaccination, but with the adapted vaccines strengthened and widened it again. This will result in better protection.”

According to the immunologist Prelog, it must then be clarified which population groups will first have access to the adapted vaccines.

However, Prelog and Sander – just like the Standing Vaccination Commission – already recommend a booster vaccination with the previous vaccine for the particularly endangered groups: For all over 70-year-olds, people with a weakened immune system and employees in nursing homes, a further booster vaccination is already advisable at this point in time .

Since the immune system of older people can no longer react so well to new pathogens or variants, they would have a higher risk of becoming seriously ill with Covid – especially if the third vaccination was a long time ago, says Prelog. The same applies to people with a weakened immune system or certain chronic diseases.

Are there better drugs against Covid?

Even if Omicron usually leads to milder courses, the virus variant also had negative effects: some antibody therapies that were used in earlier variants to treat Covid patients can no longer be used because they no longer reliably recognize the modified virus. But there are also positive developments in the treatment of Covid patients. This is explained by Gerd Fätkenheuer, Head of Infectious Diseases at the University Hospital in Cologne:

The drugs Paxlovid and Molnupiravir are considered to be well tolerated and are intended to prevent severe courses of Covid disease. In addition, there is the drug Remdesivir, which can also be given by infusion at the beginning of the infection. “So we have several drugs that we know work. That’s a big plus,” says Fätkenheuer.

On the other hand, there have been no major changes in the drug treatment of seriously ill Covid patients. There are some drugs, such as the cortisone drug dexamethasone, that can be used in clinical management.

But the intensive care unit is not just about administering medication, according to Fätkenheuer: “We have learned a lot in the intensive care treatment of Covid patients in recent years, for example with ventilation. If you are diagnosed early today and with Covid If you go to the hospital, the prognosis is better than it was a year and a half ago.” What is important, however, is an early diagnosis and that the available drugs are actually used.

How do experts rate the recently announced measures?

In order to be able to react to the increasing number of infections and a strain on the health system, the federal government has presented a package of measures that should take effect in the coming autumn and winter. It met with a mixed response in scientific circles: While there was a lot of discussion last summer about whether the seven-day incidence or the hospitalization rate should serve as the basis for possible measures, such reference values ​​for the coming autumn are still missing.

This is criticized by the virologist Martin Stürmer, among others WDR. A “tangible set of instruments” when the countries should trigger a hotspot regulation is missing. There is also criticism of the planned implementation of the mask requirement. The Infection Protection Act currently provides for a nationwide mask requirement only in long-distance and air travel, the states themselves decide on public transport. There should also be exceptions for those who have recently recovered and those who have been vaccinated.

The infectiologist Leif Erik Sander explains that it would be desirable, both from the point of view of science and of citizens, to have uniform rules. In his opinion, masks are widely accepted in times of high infection rates. It is now known that masks indoors reduce the risk of infection.

The virologist striker is also critical of the planned mask rules. He would have liked a nationwide mask requirement in local public transport. Buses and trains are “generally a source of infection in autumn and winter”.

What is the Corona situation in the hospitals?

When infected with the omicron variant, most people do not become seriously ill enough to require hospital treatment. However, since the number of infections has risen so sharply this summer, there are a total of According to the German intensive care register, there are currently more than twice as many people with Covid in an intensive care unit as a year ago.

According to the CEO of the German Hospital Society, Gerald Gaß, this is a difficult situation: “We are starting the fall with a higher burden than 2021.”

While the threat of overloading the intensive care units was the biggest problem in the past waves, the greatest concern of the hospitals is currently the immense loss of staff due to illness and quarantine. “We have to reckon with the fact that this situation will worsen significantly again in autumn and winter after the summer wave has abated and we will then be confronted with capacity restrictions and operations that have been postponed again,” says Gass.

The Expert Council of the Federal Government also assumes this: Even if there were no longer any virus variant that led to more serious illnesses than Omicron, there would probably be considerable strains on the healthcare system.