What the death of al-Zawahiri means for al Qaeda 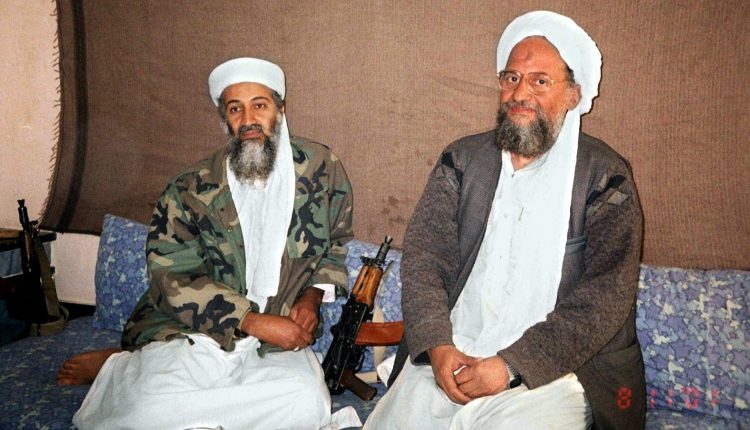 Bin Laden’s successor was considered uncharismatic – and yet he headed al Qaeda for years. The death of al-Zawahiri does not mean the end of the terrorist organization. But she has long had strong competition.

“I call on my brothers, the Muslims and the holy warriors in general and in Afghanistan in particular, to line up behind us and support us.”

In recent years, former al Qaeda boss Aiman ​​al-Zawahiri has addressed his supporters with lengthy messages like this one. Now Osama bin Laden’s successor – the “terror doctor,” as he was often called – is dead. al-Sawahiri got his nickname because of his job: He was a trained doctor from Egypt.

It could have been the career of someone who possessed the art of saving and healing lives. If it weren’t for the ideology: The life of al-Zawahiri, who is considered to be extremely religious, is closely linked to the history of al-Qaeda. As a violent extremist, he traveled to Saudi Arabia, Pakistan and Afghanistan in the 1980s – and met Bin Laden there.

Islam researcher Greg Barton traces his path: “Al-Zawahiri was part of the founding generation of al Qaeda, 35 years ago he and Bin Laden formed al Qaeda. That was in 1988.” When bin Laden died in 2011, “al-Zawahiri became number one.” Barton says:

Bin Laden and al-Zawahiri stayed together throughout their lives, planning the 9/11 terrorist attacks. Al-Zawahiri — nowhere near as charismatic as bin Laden — remained number two until al-Qaeda leader Bin Laden was killed by US special forces in Pakistan in 2011. Since then, the “terror doctor” has led al Qaeda, even if he didn’t succeed in achieving the iconic reputation of his predecessor.

Al Qaeda has changed, according to Haniya, and is no longer the centrally controlled terrorist organization with a clear hierarchy like it was before September 11th. “Now it’s a splinter network with various autonomous branches, like in the Maghreb, in Mali and in sub-Saharan Africa.”

Terrorism observers unanimously describe this change. Al Qaeda functions like a global network with its own subgroups, almost like branches, fighting for its own interests locally. Strong groups are particularly active in Africa: Matthew Levitt from the Washington Institute, which specializes in Middle East politics, calls them “franchise companies”. Will the next al Qaeda boss come from Africa? Levitt is skeptical.

“Since the groups are very strong in Africa right now – whether in Somalia or in Mali – there has been some speculation from the UN as to whether the next leader will be from there. I doubt it because it would be a huge shift in direction. And the The fact that al-Zawahiri was staying in Kabul in a guest house owned by the interior minister shows that al Qaeda has found a safe haven with the Taliban in Afghanistan.”

A safe haven – but by no means the only place where Al Qaeda is strong. And that’s exactly what makes it difficult to fight the terrorist organization, says Ahmed Sayed Ahmed, a researcher in international relations at the Al-Ahram Center in Cairo. “It is indeed difficult because al Qaeda has the concept of sleeper cells. Whether in the mountains, in caves or among the civilian population in cities.”

According to Ahmed, the attacks were planned with modern technology, using social networks for recruitment. “The organization finances itself through money laundering, drug cultivation and smuggling. A decentralized organization with many branches that operate independently without receiving orders. This is Al Qaeda’s system of work and makes it difficult to eradicate terror.”

But how powerful is Al Qaeda anyway? The extremists in the Middle East have been greatly weakened in recent years, also due to al-Zawahiri’s uncharismatic leadership style and the competition with the terrorist organization Islamic State (IS), says terrorism expert Levitt.

“Al-Zawahiri didn’t appeal to the young generation, he didn’t stand for TikTok videos or snappy imagery,” says Levitt. He could never resist giving hours of lectures or hundreds of pages of monologues that nobody wanted to listen to.

Al-Sawahiri wasn’t just an old man, he was a grumpy old man.

Above all, the strengthening of the so-called IS made al Qaeda a competitor and eclipsed the previous number one in jihadism. “The IS is, so to speak, the bestial child of Al Qaeda,” says Levitt.

The terrorism researchers agree on one thing: Al Qaeda is in a process of upheaval: weakened, but by no means declared dead. According to observers, even if one were able to fight the extremists militarily, ideologically Al Qaeda and IS are far from defeated.

Levitt reflects: “Perhaps at some point we will say: That was the beginning of the end of al Qaeda. Or maybe just a moment of rejuvenation. The same with IS. Yes, it has been defeated militarily in parts.” But as long as it is not possible to find a solution for Syria, the IS can also recover there in the east and come back. “There is no victory in the war on terror – this war goes on forever.”

After the death of al-Zawahiri: where is the terrorist organization al Qaeda headed?