What next for the Bundeswehr in Mali? 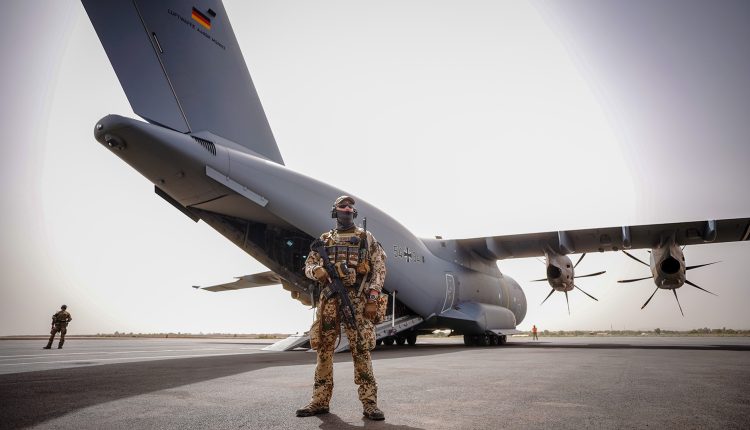 The deployment of the Bundeswehr in Mali has been interrupted for the time being. The Malian government is currently relying on Russia – with possible consequences for the approximately 1,000 German soldiers in the West African country.

On the same day, the head of the Malian junta and Russian President Vladimir Putin spoke on the phone and assured each other of their friendship. It is expressed primarily in the delivery of military equipment and the deployment of Russian soldiers to Mali.

The relationship with the former colonial power France, on the other hand, has reached a low point, as the spokesman for the interim government in Bamako, Colonel Abdoulaye Maiga, expressed in a message to French President Macron a few days ago: “The interim government is calling on President Macron to finally give up his neocolonial to abandon paternalistic and contemptuous attitudes and to understand that Malians are best at taking care of themselves,” Maiga said.

No action against Mali’s will

But apparently Mali cannot take care of itself without Russian help. These presumably also include mercenaries from the notorious Wagner group. For this reason, the EU has already ended its training mission for the Malian military. But after some harassment for the UN troops, the use of the Germans for the UN peacekeeping mission MINUSMA is now also in question – if the Bundeswehr were to withdraw completely from Mali, as government spokesman Steffen Hebestreit indicated:

“Germany is still willing to take part in the UN peacekeeping mission in Mali, but such a mission only makes sense if it is also supported by the government there,” said Hebestreit.

The government’s strategy is not working

Specifically, it is about overflight rights for troop transports, which Mali denies. As a result, around 140 German workers cannot currently be exchanged on a regular basis, and possible medical evacuations also seem to be in question. The Malian government is said to have treated its UN partners more and more with bureaucratic impositions. The government in Bamako has not yet responded to the threatened withdrawal of the Germans.

For Ulf Laessing, the office manager of the CDU-affiliated Konrad-Adenauer-Foundation in Bamako, the junta’s line is clear: “The decision to withdraw the Bundeswehr from Mali for the time being is logical because Mali didn’t react to the warnings from Germany, on the contrary. At the moment it looks like Mali is going all-in on Russia.”

But this strategy of the Malian leadership hasn’t paid off so far. On the contrary, Sahel expert Seidik Abba criticizes TV5 Monde: “In general, the security situation has deteriorated. The number of attacks [radikaler Islamisten, Anm. d. Red.] has gone up, they’re much more sophisticated than they used to be, and they’re provoking a lot more deaths.”

In fact, the attacks by militant Islamists have reached the outskirts of the capital Bamako. In the most recent attack on Sunday in Tessit, the attackers are said to have used explosives, drones and even artillery – 42 Malian soldiers died.

A wave of violence has unleashed, which Mali’s interim government was unable to stop despite promises to the contrary. Now the last French troops are about to leave Mali – from Gao, where the German units are still deployed.

Analyst Laessing considers the situation of the German forces there to be problematic: “So far the Russians have moved into all the barracks that the French have vacated, and if the Russians come to Gao now, then there are logistical problems: How are you supposed to Serve Gao Airport? If there are Russians in the middle, you won’t be able to patrol with them. That adds another dynamic to the drama.”

A solution is currently not foreseeable. The Bundeswehr has been deployed in Mali since 2013. There are currently around 1,000 workers on site – but possibly not for long.