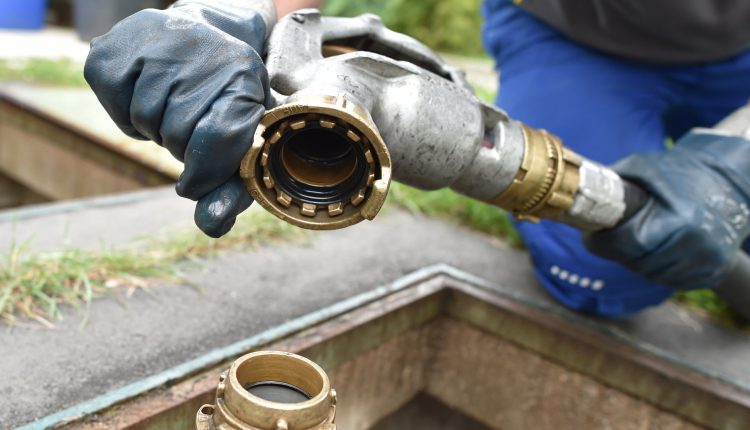 Heating oil prices have almost doubled since last year. Nevertheless, the demand is high – many households have their tanks filled, no matter what the cost. On the road with a supplier.

Shortly after seven in the morning in Cottbus. The working day of heating oil supplier Uwe Markus begins. The first customer ordered two thousand liters of heating oil. He wishes for a full tank. Markus holds a stack of sheets in his hand, more than 30 pieces in total. “I still have to supply them with heating oil today. All of them. It doesn’t matter how long it takes.” The heating oil supplier has a so-called day tour ahead of him. “We still have enough heating oil, but it’s always about the price: that it’s so expensive now, twice as much as last year, nobody expected that,” says Markus.

“The price kept getting higher”

At the beginning of July, customer Norman Köckritz-Lux started monitoring the prices on a daily basis. For him, the high price increase is the result of a failed policy. There’s nothing you can do about it, he says. Originally, May was the usual time for him to buy heating oil. “The prices are the best there, but this time we waited until June. But the price kept getting higher.”

They are glad they didn’t wait any longer, otherwise the costs would be even higher now. Köckritz-Lutz has to pay 3,000 euros for a good 2,000 liters. “We’ve filled up now because we’ve decided: no matter how high the price is, we want to be sure that we have oil for next winter. Nowadays anything can happen and then there’s nothing left,” says Köckritz-Lux.

Banger look at the bill

After that, heating oil supplier Markus goes straight on to the next customer. Customer fears are high, he says as he climbs back into his truck. The order books are full, it doesn’t matter how much oil he still buys as a supplier: “We’ll get rid of everything anyway, because all customers want more stock.” No matter how and at what price: “The fear buyers are definitely there. I don’t understand the high prices, but everything is getting more expensive: petrol, shopping and oil.”

Especially when looking at the bill, customers get sick, and some simply don’t have the money. He feels particularly sorry for people who receive social benefits and can no longer afford the oil. But the customer has the choice of taking a little first to survive the cold at all. He doesn’t necessarily have to fill it up, says the supplier.

Markus’ boss, Jens-Uwe Kellberg, runs a gas station. He has been selling heating oil for 30 years. He has never seen price jumps like this before. He believes that speculators are filling their pockets. “It’s not all due to the war, the stock exchanges are speculating. Just as an example: on the day Putin marched in, overnight purchases were 30 cents a liter higher. That’s just abnormal,” says Kellberg.

Around 120,000 Brandenburg households still heat with oil, nationwide there were around 4.6 million in 2020. The number is slightly declining. The next customer that supplier Markus reaches would like to convert from oil heating to a solar system. “You either can’t get to the devices or the trades aren’t complete,” says Luise Ganske from Brandenburg. “Perhaps with a view to the government: something should change there. So that the little one can also convert.”

No one can predict when the best time to buy heating oil is and how prices will develop. But one thing is certain: heating oil supplier Uwe Markus will also have a lot to do in the future.