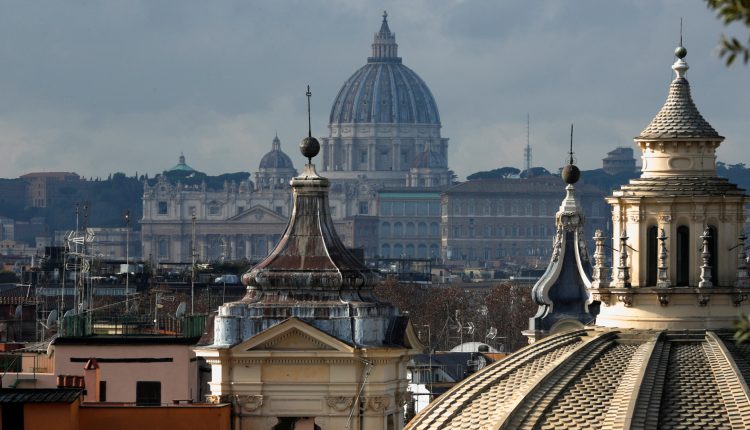 German Catholics have been working on a reform program for years – but the Vatican has repeatedly made it clear that it opposes it. Now Rome is speaking out against a core element of the plan – the “Synodal Council”.

The Vatican and the German Catholics remain on a confrontational course. After the intervention of some conservative German bishops, the church headquarters in Rome spoke out against a core element of the reforms being sought in Germany. A “Synodal Council” as a permanent governing body in which clerics and non-clerics decide together is therefore not permitted.

In a letter to Georg Bätzing, the chairman of the German Bishops’ Conference, high-ranking Vatican representatives made it clear “that neither the ‘Synodal Way’ nor any body set up by it nor a bishops’ conference have the competence to set up the ‘Synodal Council’ on a national, diocesan or parish level set up level”.

The “Synodal Path” is the name of the reform process that has been ongoing since 2019 and is scheduled to be completed in Frankfurt am Main at the beginning of March. However, the synodal assembly, which then met for the fifth time, decided that bishops, church employees and so-called lay people – the simple believers in the congregations – should continue to talk to each other afterwards. The “Synodal Council” is planned for this purpose, which is to be prepared by a “Synodal Committee” by 2026.

However, the Vatican had already made it clear last summer that the Germans were not authorized to create new management structures. Now he specifically took a stand against the “Synodal Council”. The letter is signed by three of the most powerful cardinals of the Curia: Pietro Parolin, Luis Francisco Ladaria Ferrer and Marc Ouellet. They expressly point out that Pope Francis supports their position.

The occasion was a letter from several bishops

The intervention of the Vatican was triggered by a letter from the Cologne Cardinal Rainer Maria Woelki and the bishops of Eichstätt, Augsburg, Passau and Regensburg, who are all skeptical to negative about the “Synodal Path” reform process. They had asked the Vatican whether they would have to take part in the preparations for the “Synodal Council”.

However, the majority of the bishops’ conference does not seem to want to back down. Its chairman Bätzing described the Vatican’s concern that the “Synodal Council” could place itself above the Bishops’ Conference or undermine the authority of the individual bishops as “unfounded”. “No one questions the authority of the episcopacy,” he assured.

The Central Committee of German Catholics (ZdK), which organizes the reform process as a lay representation together with the Bishops’ Conference, supported Bätzing. If the bishops of Cologne, Augsburg, Passau, Regensburg and Eichstätt did not want to take part in the “Synodal Committee”, that was their decision, said ZdK President Irme Stetter-Karp.

But the Catholic Church in Germany urgently needs structural reforms: “We need more participation, a just church and a clear yes to diversity.”

The Vatican, on the other hand, received encouragement from Cardinal Woelki of Cologne. He welcomed the letter from the Vatican, saying it would clarify how further talks can and should take place, the archbishop told the KNA news agency.

With the letter, Rome made it clear that the planned “Synodal Council” could not be set up at national, diocesan or parish level and that there is therefore no competence for a “Synodal Committee” that aims to set up such a council.

The canon lawyer Thomas Schüller considers the “Synodal Council” to have failed. “The synodal blossoming dreams for the formation of a ‘synodal council’ at the level of the bishops’ conference, which should be made up of equal numbers of bishops and believers to advise and decide together, have been shattered by the papal veto,” Schüller told the dpa news agency. Since the Pope has made the decision of the three cardinals in the Curia his own, it is no longer contestable.

In the eyes of the pope, synodality means that everyone can consult, but only he and the bishops can decide. The incident also shows why Cardinal Woelki is still in office despite all the accusations against him: “A German phalanx that resists all delicate reform efforts” remains secured with him.

The “Synodal Way” strives for reforms in the areas of the position of women in the Church, dealing with power, Catholic sexual morality and the prescribed celibacy of priests – celibacy. The Vatican rejects the desired innovations and even sees the danger of a schism in the church.