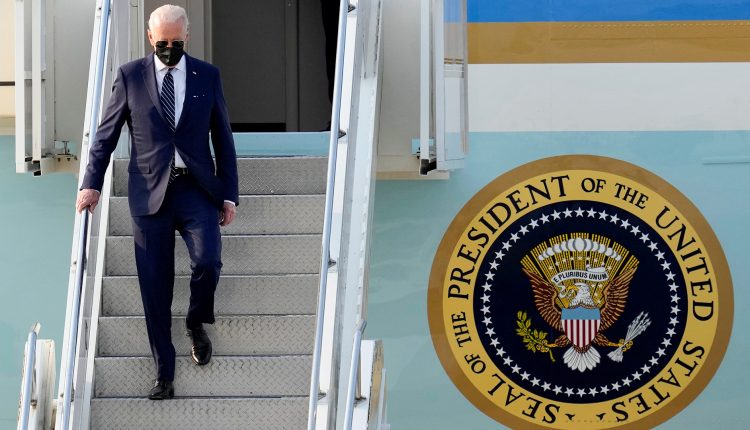 The US government is not losing sight of its main competitor, China. US President Biden wants to develop an Indo-Pacific strategy on his first trip to East Asia.

US President Joe Biden is undeterred. For all his military support for Ukraine in the war against Russia, he keeps his eye on China – the great rival of the United States.

“China isn’t the only one, but it’s the biggest competitor we have. And if we don’t pick up the pace, we’re out,” Biden said a few days ago during a factory visit in Ohio.

This is precisely part of the US government’s strategy: to limit China’s economic influence in the world, such as through Biden’s “build back better” agenda.

According to political scientist Andrew Yeo from the Brookings Institute in Washington, the United States must become more economically independent: “We rely on China to produce certain goods. If China ever gets upset, they could restrict deliveries, they could enforce boycotts – like they do have done it before. We want to protect ourselves from these vulnerabilities.”

In fact, Chinese companies have been pushing into the US market ever more aggressively for years. But the Americans are even more worried about China’s military dominance. “For our ministry, China is still the number one challenge. Also, that they continue to intimidate and bully their neighbors,” Pentagon spokesman John Kirby said this week.

“China has become much more self-confident, they are much more aggressive, for example in the South China Sea,” Yeo agrees. In fact, Chinese warplanes keep penetrating Taiwan’s air defense zone.

Alliance in the Indo-Pacific

President Biden is counting on allies to put Beijing in its place. The so-called QUAD countries – the USA, India, Australia and Japan – are an alliance that cooperates in the Indo-Pacific region.

“On the one hand, the US is trying to mobilize allies to prevent China from intimidating other countries,” explains political scientist Yeo. “On the other hand, they stick to their own line.”

If there were Chinese aggression, the US would stand firmly with Taiwan. Biden made that clear a year ago. Yeo says political observers disagree on whether Taiwan will be invaded soon.

“When Xi Jinping looks at Russia, he might think twice about invading Taiwan. And Taiwan has a partnership with the US and other countries,” Yeo said.

That leaves the US government’s policy on China: Biden’s stated goal is to weaken autocracies like China and strengthen democracy at home and abroad.

The US government’s China strategy