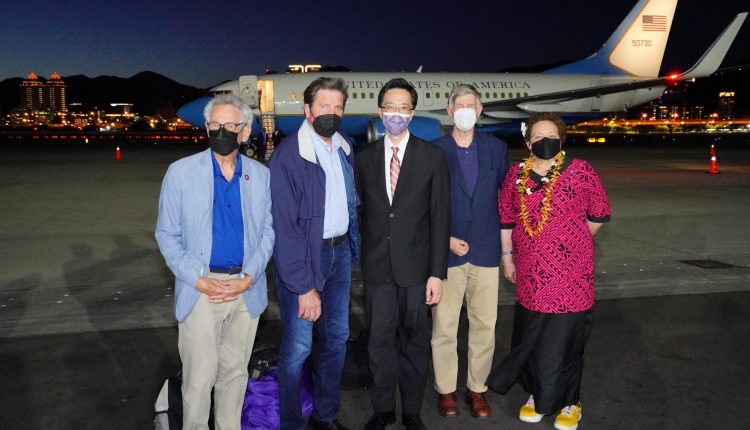 Shortly after the visit of top US politician Pelosi, a delegation from the US Congress traveled to Taiwan. China reacted angrily and accused the five parliamentarians of “playing with fire”.

A week and a half after the visit of top US politician Nancy Pelosi, a delegation from the US Congress surprisingly arrived in Taiwan. During their previously unannounced visit, the delegation plans to meet President Tsai Ing-wen, among others, as both sides announced in Taipei.

The five-strong delegation, led by Ed Markey, will remain in Taiwan until Monday as part of “an extended visit to the Indo-Pacific region,” the US institute said in Taipei. Talks with Taiwanese politicians will cover bilateral relations, regional security, trade and investment, climate change and other important issues.

“A friendship not afraid of China”

According to the Taiwan Ministry of Foreign Affairs, a meeting with President Tsai and a banquet with Foreign Minister Joseph Wu were planned. The ministry said in a statement that as China “further escalates tensions in the region,” the US Congress has again sent a high-level delegation to visit Taiwan “to show a friendship that does not shy away from China’s threats and fears intimidation”.

China’s anger at the US delegation’s visit was expressed in a comment released by the official Xinhua news agency. The piece, titled “US Politicians Should Stop Playing with Fire on the Taiwan Issue,” vilified the five lawmakers who were visiting Taiwan for November’s midterm congressional elections for self-interest as “opportunists.” There is “no room for compromise or concession when it comes to China’s core interests,” the comment said.

In response to the visit of US House Speaker Pelosis to Taiwan, China held the largest military maneuvers in its history in the waters around Taiwan. China regards the island as part of its national territory and wants to unite it with the mainland – if necessary using military force.