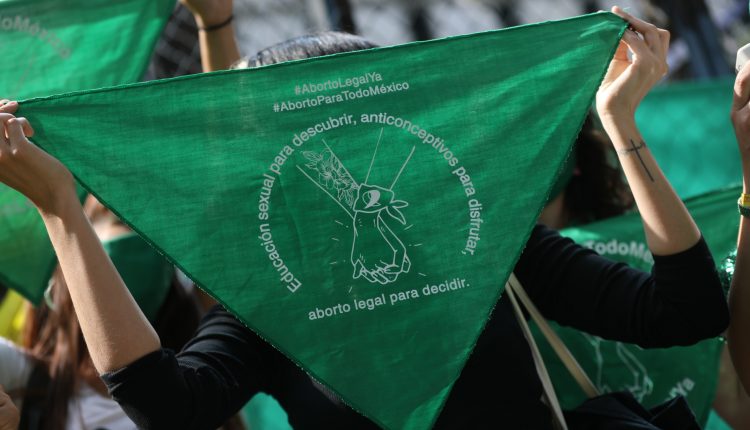 In many US states, there are severe penalties for abortion. Those affected travel to Mexico to get help: there activists help with abortions and share their knowledge about the fight for women’s rights.

Sandra Cardona and Vanessa Jiménez don’t need much to help women who want to terminate a pregnancy: the internet, empathy and medication are their constant companions. In the industrial city of Monterrey in northern Mexico, they run an “abortería”. No clinic where they do medical procedures. More of a counseling center and a shelter for women who want to take the drug and have an abortion on the spot.

For Cardona, it’s a human right: “We’re not second-class citizens. I think if men could get pregnant, abortion would have been the first article of fundamental rights in every constitution in the world for a long time. Definitely.”

For the past five years, Cardona and Jiménez have been working voluntarily alongside their jobs as designers and lawyers in the “Abortería”. They have already helped thousands of women with an abortion. But so far almost only Mexicans. Only since the US Supreme Court overturned the fundamental right to an abortion did American women suddenly ask for help – up to 100 women a week, before it was about one or two women, says Cardona. At first they were not prepared for the onslaught:

This is really crazy. They were so sure before that they had the constitutional right to have an abortion, and now they’re scared and don’t know what to do.

While the Mexicans were now knocking openly on their door and saying, “Hello, I want to have an abortion,” the Americans called bashfully, anonymously, saying only “a problem.” The stigma is so great that none of those affected ARD want to speak in front of the microphone.

The development is a double reversal that no one would have predicted a few years ago: arch-conservative Mexico is becoming liberal, the liberal United States is becoming conservative.

The fact that women in Mexico speak so much more confidently about abortions – for Cardona it is the result of decades of activist networking: “For many years activists have been fighting for us to be able to work so freely. We now want to share this knowledge about well-connected activism with the women in the US and encourage them in this fight.”

“Create your own network”

The networking of women’s rights activists in Latin America and Mexico has grown historically. For decades, Mexican women had to suffer under rigid, misogynistic laws. Femicide – murder of women – is still the order of the day. The women could only assert themselves in their networks, they also contributed to the fact that the abortion ban is now unconstitutional.

Such networks are only weakly developed in the USA, and they can hardly compete with well-connected right-wing conservative ideologues. But that is about to change: “We are positioning ourselves everywhere to form more collectives and networks,” says Cardona. “Many American women say they want to be part of our network. We tell them no! Form your own network with your friends, that’s better. We offer workshops for that.”

And together with many other Mexican activists, they plan to gradually open more “abortion centers” on the border with the United States, where women can legally have abortions with the drug for up to three months.