University publishes new study on abuse in the Diocese of Trier 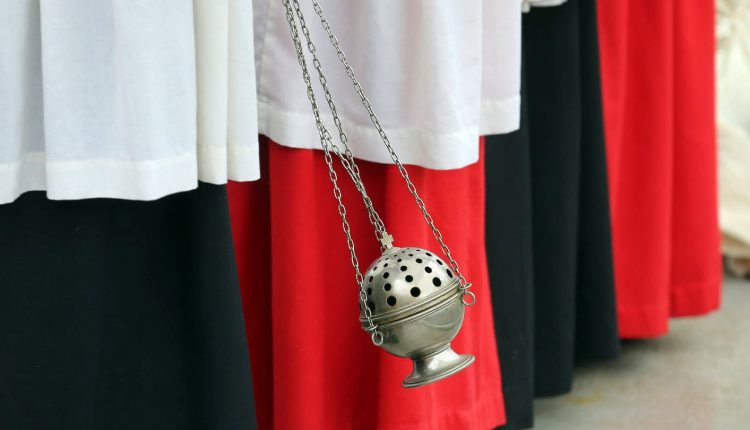 The University of Trier today published its report on sexual abuse in the Diocese of Trier at the time of former Bishop Stein. It was also about his role.

The study reveals that 81 priests have been accused of abusing more than 300 children and young people during this period. For this purpose, historians have evaluated almost 500 personnel files from the Diocese of Trier. They have also spoken to many of those affected. Something that Bishop Stein has not done in any of the cases known to him during his term of office.

Secrecy is the top priority for the church

Although canon law also provides for removal from office as a punishment for the sexual abuse of children by priests, Bishop Stein, like his predecessors, only applied this right in individual cases, as diocese records show. Bishop Stein was aware of 17 cases of abuse during his tenure, and he was directly involved in 11 cases, according to the university’s new report.

Bishop Stein spared priests, according to the university in its study. He did criminal protection. As far as possible, he refrained from church criminal law, which provided for severe punishment of sexual abuse. The historians concluded that he had criminally neglected the care for children and young people affected by abuse. He had hidden the consequences for affected children and young people.

People who were sexually abused as children still suffer from it today. To this day, many still can’t talk about it, says a man who was repeatedly abused by a chaplain when he was nine. He couldn’t confide in anyone, at the end of the 1960s it was completely taboo to criticize a clergyman.

A boy confided in his parents, who then beat him black and blue with a leather belt. Regarding Bishop Stein’s behavior towards the perpetrators, he says he abused his office to cover up abuse.

The university’s study presents the case of a perpetrator who was accused of multiple sexual abuse as a chaplain in 1965. The mother of a 13-year-old boy had therefore written to the diocese.

She never got an answer. In 1968, Bishop Stein’s official wrote him an urgent letter, demanding that the perpetrator of the sexual abuse be punished according to canon law. Bishop Stein knew about the abuse cases. However, he only ordered retreats and even gave the chaplain his first pastorate in 1968.

Nobody thought about protecting the victims

Case A, as it is called in the report that has now been published, abused at least 22 boys and girls as a chaplain and priest between 1962 and 1973. The researchers assume a high number of unreported cases.

The young priest was relaxed, played football with young people, went to pubs with them, wore casual civilian clothes in the youth center, and drove a convertible. According to those affected, he used his chummy relationship with young people specifically for sexual abuse. In 1973 the priest left the ministry at his own request because he wanted to get married. He later worked as a social worker – again with children and young people.

Many people who had been sexually abused by clergymen as children and adolescents did not come forward until after 2010. The university’s report makes it clear why this is so. Many children abused by priests found no one to listen or support them, not even their own parents. The accused priests often had a close and friendly relationship with the parents of the children.

According to the report, only a third of the parents in the cases of abuse known to Bishop Stein’s tenure turned to the diocese or the public prosecutor’s office. According to the report, it was different when the affected children entrusted themselves to teachers. All of these cases became known to the diocese and in some cases to the public prosecutor’s office.

Not only the church protected the perpetrators

Priests were held in high esteem in small rural communities and were well connected with secular dignitaries such as mayors. The university report details the case of a priest who was accused of sexual abuse in a parish as early as 1972. A 24-year-old man had written to the diocese that he had been abused by him as a youth in a holiday camp.

In the village, the 24-year-old is denigrated. In a conversation, the mayor and parish council compel him to sign a revocation statement. In the village there is a signature campaign for the pastor. Those responsible in the diocese obtain information about investigations from “trustworthy” police officers. The pastor will not be transferred but will remain in the church until the year 2000.

Even as a young priest, Stein was aware of cases of sexual abuse in the Diocese of Trier, according to the report by the University of Trier. As auxiliary bishop he was even directly involved in a case.

A priest who sexually abused a 9-year-old girl was only transferred to another parish. The report now reveals that Stein did not inform the public prosecutor’s office in any of the cases known to him. He followed the church’s line of keeping abuse cases secret. Accused priests were mostly transferred. Children and young people were not protected.

Some priests accused of sexual abuse went to Latin America to avoid prosecution. In Bolivia and Brazil they continued to serve as pastors. The university report mentions a case in which the Diocese of Trier did not give the public prosecutor the address of the accused priest in Latin America, although contacts existed there.

In addition, the former bishop should be deprived of his honorary citizenship. There had already been an expert hearing in the Trier city council in February. In March, the city council had adjourned a decision. One wants to wait for the report from the university that is now available.

Missbit eV also demands the resignation of the incumbent Bishop Ackermann of Trier. He has known about the cases of abuse during Bishop Stein’s tenure since 2010, but he preferred to remain silent. He covered his predecessor and deliberately delayed the promised work-up. Ackermann was from 2010 to September 2022 abuse commissioner of the German Bishops’ Conference. According to MissBit eV, an admission of guilt and the disclosure of one’s own mistakes are the least he owes the public

The Independent Commission for the Study of Sexual Abuse in the Responsibility of the Diocese of Trier (UAK) commissioned the study from the university. The report on Bishop Stein’s tenure is part of a larger historical research project that deals with sexual abuse in the Diocese of Trier from 1946 to 2021. Historians started doing this in February.

The UAK calls on the current diocese leadership to distance itself clearly and credibly from this systemic failure, to completely eliminate its causes and to mitigate the consequences.

After the publication of the report, the incumbent Bishop of Trier, Ackermann, distanced himself from the handling of cases of sexual violence in the Diocese of Trier that was shown in it. “We will continue to work resolutely to deal with the injustice that has occurred, to clarify reported cases as far as possible and to effectively prevent abuse,” said Ackermann.

The report documents from an independent source what has already become apparent to those responsible today when dealing with cases that fall during Bishop Stein’s term of office. In the majority of cases, there was no proper and, above all, no victim-oriented handling of the cases of sexual violence.

The results of the study reinforce the indications that the UAK had given in its first interim report in August 2022. With a view to the recommendations made there, Ackermann announced a new regulation on the question of the effective supervision of perpetrators, which will come into force on January 1, 2023.