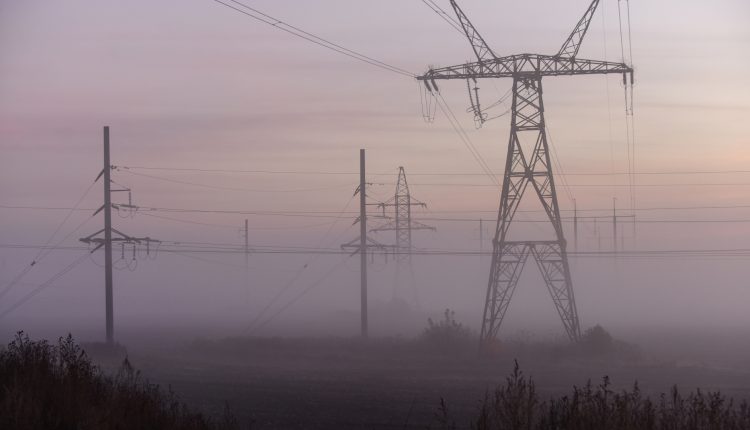 Ukrainian squads have repaired much of the power grid destroyed by Russia. Progress has also been made in the supply of water and heat. The situation in Cherson, which is again under fire, remains critical.

Four days after heavy Russian attacks, large parts of Ukraine’s electricity and water supply have been restored. About 80 percent of the demand for electricity is currently covered, said the state energy supplier Ukrenergo. The day before it had been 75 percent.

In the capital Kyiv, almost all households are again supplied with electricity, water and heat and the mobile phone network is working, the military administration said on the Telegram news channel. The repair work on the power grid is in the final phase. Due to the high load, local failures could still occur.

President Volodymyr Zelenskyj had previously criticized Kiev Mayor Vitali Klitschko with unusual openness because of the power outages in Kyiv. Many citizens of the capital had to do without electricity for up to 30 hours, said Zelenskyj. In addition, there are too few warming rooms in the three-million-inhabitant metropolis.

Klitschko then warned against political disputes and called for solidarity. The former boxing world champion assured in the “Bild am Sonntag” that work was being done on restoring the power supply at “record speed”. The city now has water and the heating is working again in 95 percent of households. “We continue to work 24/7 for the people,” said Klitschko.

Kherson: Five percent of the city has electricity

The situation is more critical in the Cherson region, which was recaptured from Ukraine. The military administration announced that five percent of the apartments there were reconnected to the power grid. A hospital has electricity again. However, while squads repaired the infrastructure, the Russian army continued to attack. The area had been shelled more than fifty times.

Military governor Yaroslav Yanushevich accused Russia of terror and targeted attacks on civilians. In the Telegram news channel he reported one dead and two injured. Shells would also have hit residential buildings.

Many residents of Cherson flee in the face of the Russian bombardment. Around 100 people have already left the city and been taken to Khmelnytskyi in the west of the country. More evacuation trains are ready, said the head of the military administration in Kherson, Galina Lugowa.

In addition, shelters have been set up in all districts of the city. There are cooking facilities, beds, first aid kits and fire extinguishers. “Everything you need,” she said. “We are preparing for a winter in difficult conditions, but we will do everything to keep people safe,” Lugova said.

Their biggest concern is the bombardment, which is getting stronger every day. Resident Vitaly Nadochiy said he had no choice but to leave the city. Artillery hit his house the day before yesterday. Four apartments were burned out, the windows shattered. “We can’t stay there. There’s no electricity, no water, no heating. We’re going to my brother’s.”

Attacks in eastern and western Ukraine

According to Governor Pavlo Kyrylenko, five people were killed in shelling in the eastern Ukrainian region of Donetsk over the past day. The regional administrations of Zaporizhia and Dnipropetrovsk in the west of the country also reported attacks on Sunday night.

Kharkiv Governor Oleh Synyehubov said one person had been killed and three others injured in his region.