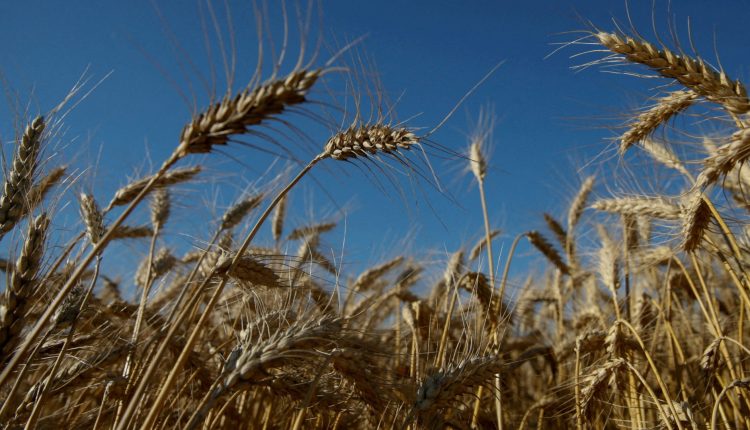 According to Welthungerhilfe, the war in Ukraine could lead to famine worldwide. Ukrainian Foreign Minister Kuleba expressed skepticism about a possible ceasefire with Russia. All developments in the live blog to read.

Ukraine won the Eurovision Song Contest. The Kalush Orchestra group prevailed against 24 artists and bands during the night in Turin, Italy, with the hip-hip song “Stefania”.

According to the Russian Defense Ministry, one of their transport ships in the Black Sea was not damaged by Ukrainian forces. As evidence, the ministry published photos of the ship in an online post, said to have been taken yesterday at the Black Sea port of Sevastopol in Crimea.

The Ukrainian military authorities in Odessa said on Thursday that they had attacked and set fire to a Russian transport ship. The information cannot be independently verified.

Zelenskyy: The situation in the Donbass is very difficult

The situation in the eastern Ukrainian region of Donbass remains “very difficult” for Ukraine, according to President Volodymyr Zelenskyy. The Russian troops tried to show “at least a certain victory” there, said Zelenskyj in his daily video address at night. That seems “particularly crazy” on the 80th day after the invasion.

Russian troops are concentrating their attacks on eastern Ukraine after failing to advance towards Kyiv. Selenskyj was confident: “Step by step we are forcing the occupiers to leave our country.”

Zelenskyy drew a link between support for Ukraine and global food supplies. Ukraine is one of the most important wheat suppliers. Zelenskyy said that more and more countries are understanding that by blocking Ukrainian ports and continuing the war for dozens of countries, Russia could trigger a crisis in the food market or even famine.

The Ukrainian band Kalush Orchestra begged for help for their home country during their performance at the Eurovision Song Contest (ESC). “Please help Ukraine, Mariupol, help Azow-Stahl now,” said singer Oleh Psiuk at the end of the performance of the band, which was favored by the ESC, in Turin, Italy.

Kuleba is skeptical about the ceasefire

Ukrainian Foreign Minister Dmytro Kuleba has expressed skepticism about a possible ceasefire with Russia. “There is nothing bad about a ceasefire if it were the first step towards a solution where the Ukrainian territory would be liberated,” said Kuleba in an interview with “Bild” TV. “But we will not accept that there is a partial separation of territory. We are ready for diplomacy, but we will not allow diplomacy to simply prolong our suffering and simply postpone the next phase of the war,” Kuleba said.

According to Welthungerhilfe, the war in Ukraine could lead to famine worldwide. “Countries like Egypt, Kenya, South Sudan, Lebanon and many other countries have so far been directly or indirectly heavily dependent on Russian and Ukrainian exports,” Secretary General Mathias Mogge told the “Redaktionsnetzwerk Deutschland”.

“These countries are now not receiving the quantities they have ordered, or are having to pay much more for it.” In addition, food prices had already risen to an all-time high before the war due to climate change, conflicts, the corona pandemic and speculation on the world markets. The situation for the people in Ukraine itself is “highly dramatic” and comparable to that in civil war Syria, said Mogge.

“Ukraine was able to feed itself very well up until the outbreak of war,” stated the Welthungerhilfe Secretary General. It was even a major exporter of staples like grain and cooking oil. “But the war is changing everything now.”