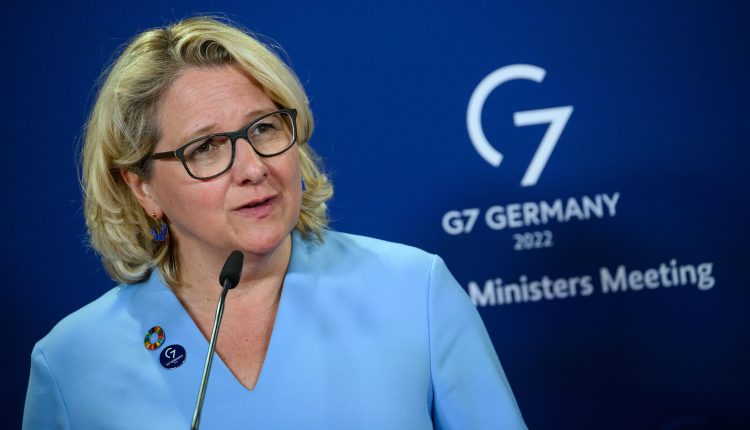 The federal government is providing 880 million euros in the fight against global hunger. Small and medium-sized businesses are demanding VAT exemption on energy. The developments in the live blog.

Federal government provides 880 million euros in the fight against hunger

According to a media report, the federal government is providing 880 million euros in the fight against global hunger. Germany is thus doubling an initial commitment of 430 million euros that Chancellor Olaf Scholz (SPD) made in March in response to the Russian war of aggression against Ukraine, the newspapers of the Funke media group (Monday editions) reported, citing a paper from the German development ministry. The funds should therefore be invested “where the need is greatest because several crises overlap”. This applies, for example, to drought-stricken countries such as Ethiopia, Sudan and Kenya. “This money arrives and it ensures that the developing countries can become more independent,” said Federal Development Minister Svenja Schulze (SPD) to Funkemedien. According to the report, support should also be given to states that are particularly hard hit by the climate crisis and armed conflicts, such as the Sahel zone and countries in the Middle East. Countries like Lebanon are the main sanctuary for Syrian refugees and are themselves struggling with rising food prices. Tunisia and Egypt, which are heavily dependent on grain imports from Russia and Ukraine, are also supported.

The Federal Association of Medium-Sized Businesses BVMW is in favor of a temporary suspension of VAT on energy supplies. “From the point of view of medium-sized companies, a possible temporary exemption from VAT for energy supplies would be a first step towards restoring consumer confidence,” says BVMW national chairman Markus Jerger to the newspapers of the “Funke Mediengruppe”. There is no need for higher gas prices as an incentive to save energy. “Gas heating must not become a luxury item just because the German governments have overslept the diversification of our energy supplies for years and have pushed for the parallel phase-out of coal and nuclear power without a real safety net.”

As of Monday, the UAE begins working…