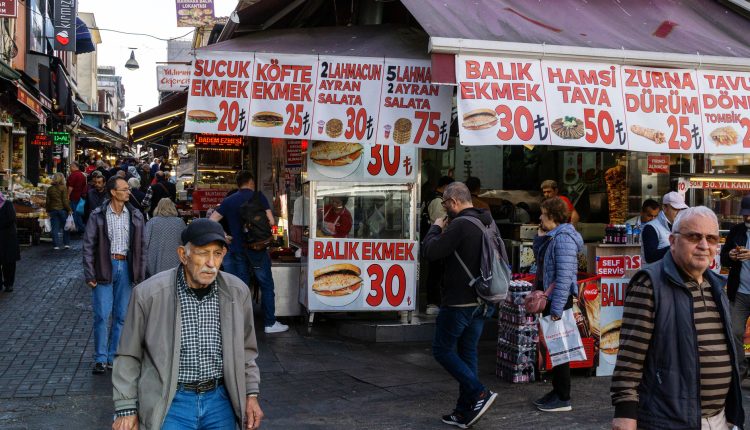 Despite an inflation rate of more than 85 percent, the Turkish central bank has again lowered the key interest rate. But she made an unexpected announcement: There will be no further interest rate cuts.

However, the central bankers also signaled that there would be no further interest rate cuts for the time being. It has come to the assessment “that the current key interest rate is appropriate and decided to end the interest rate cutting cycle that began in August,” the statement said.

Lira is under pressure again

Inflation in Turkey was 85.5 percent in October – the highest level since 1998. Significant interest rate increases would actually be announced in order to cool down economic activity and thus get inflation under control. But instead of raising interest rates, the central bank began easing its monetary policy more than a year ago. At that time, the interest rate was still 19 percent.

Turkish President Recep Tayyip Erdogan is an opponent of high interest rates: he had even called for the level to drop into the single digits by the end of the year.

Immediately after the announcement of the decision, the Turkish national currency, the lira, came under pressure to depreciate again: the exchange rate fell to a record low of 18.66 against the dollar. The lira lost more than 44 percent in value last year alone, and this year by about 30 percent. That does boost exports because Turkish goods are becoming more price-competitive on world markets. At the same time, this fuels inflation further, as imports become more expensive as a result.