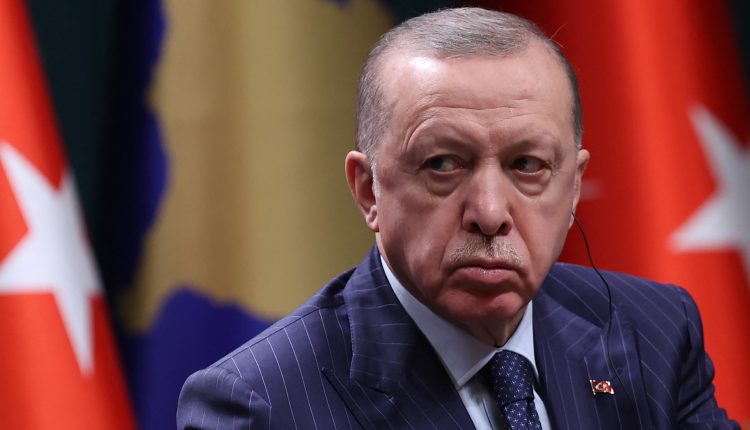 Finland and Sweden in NATO? Turkish President Erdogan has expressed reservations about admission. At the NATO meeting in Berlin, the foreign ministers of both countries want to talk about it with their Turkish counterpart.

It is only unanimous when NATO wants to admit new countries. All 30 members must be in favor. In the case of Finland and Sweden, however, Turkey is not – at least not at the moment. Turkish President Recep Tayyip Erdogan made this clear:

We are following the developments as far as Sweden and Finland are concerned. But we don’t see that as a positive thing. Because previous governments made a mistake in Greece’s membership in NATO in the past. And everyone knows Greece’s current attitude towards Turkey, which NATO also stands behind. As Turkey, we don’t want to repeat similar mistakes.

There is always tension between the two neighboring countries Turkey and Greece. The main focus is on the dispute over natural gas in the Eastern Mediterranean. In the summer of 2020, the two NATO partners almost clashed militarily.

Referring to Finland and Sweden, Erdogan said: “Scandinavian countries are like a guest house for terrorist groups. PKK members are hiding in Sweden and the Netherlands. There are supporters of terrorism in parliament. We cannot be positive about it.”

Erdogan counts not only the Kurdish PKK among the terrorist groups, which is banned in Turkey, but also in Germany, for example. He may also mean the movement of the Islamic preacher Fettulah Gülen.

Turkey blames them for the 2016 coup attempt. Her followers are still being pursued to this day. Many are in prison or have fled and now live in other European countries. Turkey has long criticized that these countries do not take decisive action against these organizations.

Finnish Foreign Minister Pekka Haavisto has now responded to Erdogan: “In situations like this we need a little patience and we have to take things step by step.”

He had very good talks with his Turkish counterpart Mevlut Cavusoglu. “Turkey has expressed its positive attitude towards Finland in these talks. So let’s see when the process goes on, how the debate goes.”

According to the Finnish foreign minister, he will probably be able to speak to Cavusoglu at the NATO meeting in Berlin. Cavusoglu also apparently plans to travel to the United States in the middle of the week. They support the accession of Finland and Sweden.

Turkey as an intermediary

But they also respect Turkey’s role in the Russia-Ukraine war. She tries to be a mediator. Ankara maintains good contacts with Kyiv and Moscow. Talks between the two parties recently took place in Istanbul.

Turkey is also involved in the negotiations over the besieged Ukrainian steelworks in Mariupol. It is possible that Erdogan does not want to jeopardize his role as a mediator with his attitude towards Sweden and Finland joining NATO. Russia had sharply criticized the accession plans.

Turkey could block Finland and Sweden from joining NATO