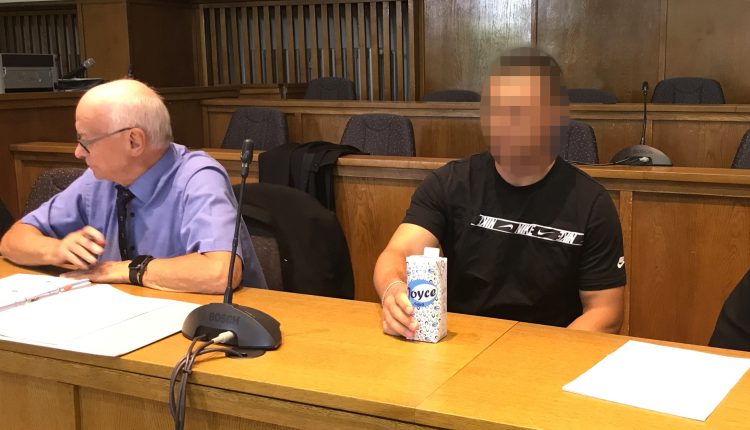 More than 1,000 victims and total damage of a good 32 million euros with fraudulent financial platforms – the Saarbrücken district court sentenced a 29-year-old to a long prison sentence. By C. Uhl and N. Resch.

In a trial for fraud involving millions on the Internet, the accused received an exceptionally high prison sentence. The Saarbrücken district court sentenced the 29-year-old to twelve years in prison. With more than 1,000 victims and total damage of a good 32 million euros, it was one of the largest processes of its kind in Germany.

After 23 days of the trial, the Economic Criminal Court of the Saarbrücken Regional Court considers it proven that the accused Azem S. is guilty. As a leading member of the fraud gang, he is said to be largely responsible for the damage.

According to the chamber, the convicted man, as co-head of a Kosovan call center, was a high-ranking member of a gang that, with a high level of technical and personnel effort, robbed private investors of their money via rigged financial platforms. From the call center, phone agents persuaded investors to make new deposits on platforms called Option888, Zoomtrader and XMarkets.com.

However, the deposited money was never traded, it flowed directly into the scammers’ pockets. As the presiding judge, Heiner Schmidt, explained in his verdict, the psychologically trained telephone agents used all sorts of tricks to tempt investors to make more and more deposits. “In this way, customers were also deliberately driven into over-indebtedness,” explained Schmidt.

As one of two managing directors of this call center, S. organized and maintained the business operations there – and thus also kept the fraud going. All his actions and those of his employees were aimed solely at the mass fraud of private investors.

Twelve years – that’s one of the longest prison sentences ever imposed in a fraud case in Germany. Judge Schmidt justified this by saying that S. was not only guilty in his role as head of the call center, but also participated in direct customer fraud in individual cases. In a total of eight cases, he credited customers with supposed bonuses or changed deposit limits – all with the intention of enticing customers to make more deposits.

The defense did not agree with this view, they had previously requested seven years in prison. S’ Criminal defense attorney Walter Teusch resigned in SR-Interview to appeal. The verdict against Azem. S. is not yet legally binding.

During the 23 days of the trial, more than 30 witnesses testified, including more than 20 victims. The taking of evidence showed how unscrupulous the scammers were in the scam. Several victims described in court how the telephone advisers took the money out of their pockets and in some cases robbed them of all their savings. Of the SR is in contact with several victims who have lost up to 190,000 euros. During the trial, a particularly tragic fate was discussed. An investigator reported that a victim committed suicide after losing a lot of money several times.

At the suggestion of the court, the Saarbrücken public prosecutor’s office dropped the allegations of fraud against two other platforms during the course of the proceedings. For these there was no such clear evidence as for the three remaining. The number of victims fell from around 1,150 to 1,040. The total damage from the prosecution was reduced from more than 40 million to a good 32 million euros.

Other courts, primarily in Bavaria, have already convicted fraudsters who had robbed investors of their money with manipulated financial portals. The twelve years for Azem S. are by far the highest penalty for fraud with such platforms.

Nevertheless, the current verdict in the fight against dubious financial portals is just a drop in the bucket: According to evidence, the gang to which Azem S. is assigned has more than 400 members. S. is the first convicted member. A former telephone adviser from the call center operated by S. is currently in custody in Saarbrücken and is awaiting charges.

Many others are at large abroad. The investigators don’t even know the real names of some of them, they had always used false identities in their phone calls with investors. Charges have been brought against the convict’s partner, Betim T. But he is still in Kosovo and will apparently not be extradited. The head of another call center in Prague, Mohamad S., has gone into hiding. The suspected string puller of the gang died in custody in Saarbrücken in 2020 under unclear circumstances.

Energy crisis: Europeans on the verge of…