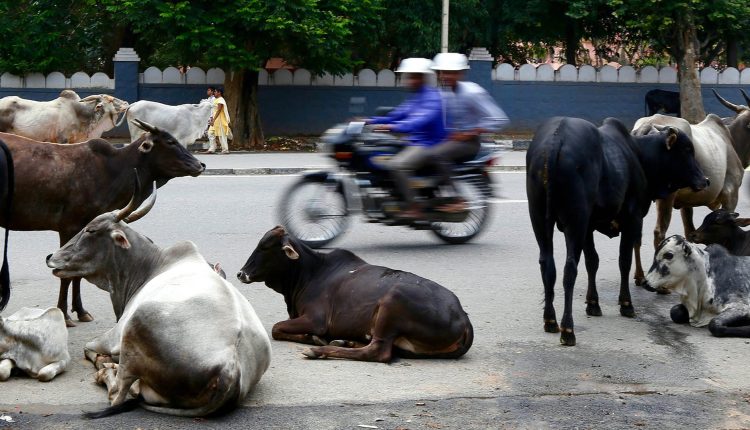 The sanctuaries for abandoned cattle in India have financial problems. In protest, several thousand of the animals sacred to Hindus have now been dumped on a highway.

In India, cow sanctuaries have released several thousand cattle on a highway in protest, temporarily bringing traffic to a standstill.

More than 200 care facilities for the Hindu sacred animals wanted to emphasize their request to the local government in the state of Gujarat to support them with the equivalent of more than 63 million euros (5 billion rupees) in the coming financial year, as the Indian news agency IANS reported.

India is a majority Hindu country. The sanctuaries are financed by donations, among other things, and they take care of cattle that farmers no longer want. Because there is a fundamental problem in the country: people want milk, butter or yoghurt – but many do not want to kill the cows for religious reasons.

Because of this conflict between emotions and profitability, farmers often abandon male and older female animals – and even in megacities like the capital New Delhi, it’s normal to see stray cows roaming the streets. At the same time, people in India visit sanctuaries to touch the cows’ heads, which is considered good luck.

Almost half a million cattle in stations

In the state of Gujarat, where the cows were released on the highway, there are a total of 1,500 reception facilities with around 450,000 cattle, according to the IANS news agency. Since Corona, they have received fewer donations than before the pandemic.