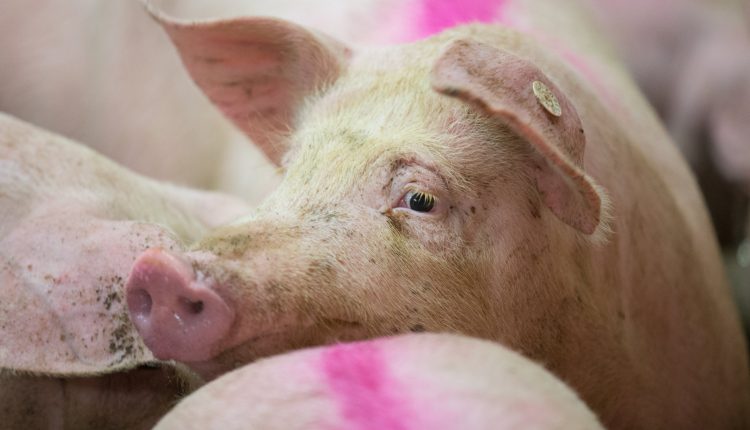 All German pigsties together consume as much heating energy as a city the size of Braunschweig. That’s what the German Environmental Aid calculated. She calls for a reduction in the heat requirement in pigsties.

In Germany, 21 million pigs live in stalls without straw that have to be heated with external energy. According to the German Environmental Aid, 1.4 billion kilowatt hours of liquid gas are required for this every year. This corresponds to the heating energy requirements of 260,000 people.

Against the background of the impending gas shortage, environmental aid is demanding that farms be financially supported this winter if they voluntarily dismantle animal places that require heating. The goal must be a reduction in animal numbers, not a reduction in farms. When conventional pigsties are converted into animal-friendly open stalls, the number of animals is reduced and keeping them on straw does not require any external heat supply. Reinhild Benning from the German Environmental Aid:

In practice, the conversion could work in such a way that fewer sows are covered at first. As a result, fewer piglets are produced, and empty fattening stalls can then be converted. Companies that, against the background of the gas crisis, take part in reducing the number of animal places and thus a reduction in their gas requirements should receive a bonus for this.

Start-up financing is not enough

Agriculture Minister Cem Özdemir has already secured start-up financing of one billion euros for the years 2023 to 2026 for the conversion of agricultural animal husbandry, according to a spokeswoman for the Federal Ministry of Agriculture tagesschau.de. The goal is to guarantee farmers long-term state support who convert their stables in favor of more animal welfare, climate and environmental protection. According to the Federal Ministry, the conversion of pig farming is currently the sector with the greatest challenges.

Reorganizing animal husbandry is part of the federal government’s livestock strategy. But implementing this strategy requires more money than previously promised. The state Thünen Institute calculated a financial requirement of 2.5 to 4.1 billion euros annually for different scenarios up to 2040.

Many pig farmers want to give up operations

For many pig farmers, conversion bonuses may be an opportunity to keep the business going at all. In September 2021, the interest group of pig keepers in Germany eV published the results of a survey of more than 1000 German sow keepers and pig farmers. Even then, half stated that they would stop pig farming in the next ten years due to the current framework conditions.

The currently high gas costs are now a further burden for companies in an already difficult economic situation. From 2012 to 2022, the number of pig farms fell from a good 30,000 farms to almost 18,000 farms. The decline was particularly strong at 9.6 percent from 2021 to 2022. However, it is not possible to say in concrete terms how the increased heating costs will affect pig farming, according to a spokeswoman for the Ministry of Agriculture tagesschau.de. This is due to other factors such as African swine fever, the Corona crisis, Brexit and the war in Ukraine.

Martin Schulz is a conventional pig farmer in Quickborn, Lower Saxony. In the working group on rural agriculture, he is responsible for species-appropriate animal husbandry. He keeps his pigs on straw and therefore does not have to spend money on expensive gas. “We have a certain advantage there, no question about it,” he admits. When most of the barns were built – twenty years ago – the price pressure did not play a major role. “For cost reasons, energy didn’t play a major role for decades, and that’s changing a lot now.”

The expensive energy is primarily a problem for sow farmers because the piglets need a lot of heat. Tobias Schütte from Uelzen in Lower Saxony has a conventional barn and breeds 9,000 piglets per year. He operates an efficient combined heat and power plant with liquid gas to generate heat. Its gas tank holds 4800 liters. Last year he paid between 30 and 40 cents per liter, today it is 62 cents. According to Schütte, he now has five euros more energy expenditure for each piglet tagesschau.de. For his company, this means that he will be faced with additional operating costs of 45,000 euros this year.

However, he does not think it is possible that many conventional pigsties will be converted to straw stalls in the coming winter because of these high costs. “These are much too short periods of time and the sums that have to flow there are immense. You can’t even imagine that.”