The federal government’s digital strategy: Where is the “digital awakening”? 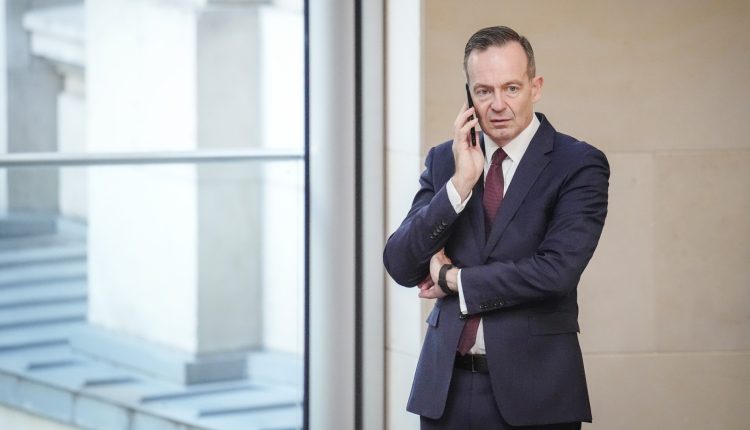 Volker Wissing wants to make Germany more digital. But that is easier said than done. But what is so difficult about it?

As is well known, Volker Wissing is not a fan of air taxis and similar objects, which inspired the digital visions or rather fantasies of Dorothee Bär and Andreas Scheuer in the past legislature and did not lead enough in the digital German reality. The liberal Digital Minister, who is also Minister of Transport, is down-to-earth and prefers to speak of a “course book” in the Bundestag today – this is how he sees the German government’s digital strategy, which was passed with some delay.

That may be a little worrying. Because a course book is actually a collection of timetables from the railway sector. And as is well known, things are not going well: improvement is planned, but not in sight in the near future.

Things should be different in the digital world and there will be progress very soon. Wissing wants the “digital awakening”. The digital strategy should point the way – into the top 10 of the “Index for digital economy and society”. The EU Commission uses it to record the digital progress of the member countries. Germany is bobbing around in an embarrassing 13th place.

Much remains in the approximate

So it at least has a signal effect that the debate on the digital strategy is not scheduled sometime at night, but prominently at the start of Parliament Day. The opposition again accused the minister of the strategy being “a hodgepodge”. And that’s not entirely wrong. From the first draft in July to the final version, some things have become more concrete, but much remains vague and intentional.

One wants to achieve “that at least 80 percent of those with statutory insurance use the electronic patient file,” Wissing explains in the Bundestag. That sounds good at first – only the specifications of the digital strategy are thinner than the words of the minister. It says in the text that “at least 80 percent of those insured by statutory health insurance should have an electronic patient record”. In other words: the actual use is initially only a hope with many question marks that depend, among other things, on education, user-friendliness and IT security.

Bundestag discusses the digital strategy of the federal government

There are also doubts about fiber optic expansion. “By 2025, at least half of all connections should be supplied with fiber optics,” promises Wissing. But contrary to what his speech and the digital strategy suggest, the goal is not for half of all households and companies to have fast internet by 2025. That recently has one Research of the “Tagesspiegel”.” shown.

According to the Digital Ministry, in order to achieve the goal it has set itself, it is sufficient if fiber optic cables are only laid in the street and houses can theoretically be connected. In practice, this does not necessarily mean more connections, because, for example, tenants are not allowed to have a say in whether their house is actually connected to the high-performance network.

Little new on the subject of digital administration

As usual, two of the other speakers in Parliament swear by the fast internet on every milk can. At least this cow is not driven through the village by the digital minister. Instead, he wants “home office, streaming in the ICE and reception at the mountain hut (…) finally without any problems in Germany” – by 2026. A goal that is after the next election.

Wissing promises the digital identity card, including online application, at least by 2025. Otherwise, he doesn’t say much about the subject of administrative digitization, probably also because nothing can be gained from it at the moment. Actually, by the end of 2022, most of the visits to the authorities should be possible online. But just recently the responsible Ministry of the Interior had to admit that this will probably not even work for services that have been defined as particularly important.

Germany lags behind digitally. This also has to do with the failures of past governments. The Union, now the leader of the opposition, doesn’t want to hear that, of course. She prefers to criticize the lack of ambition of the traffic light in the Bundestag. Understandably, Wissing does not let the index finger be taken back. But that won’t do him any good. Blaming the past is a bad way to do politics. The focus is on who is currently co-governing.

Although that is also a complicated matter – the digital responsibilities are not largely in Wissing’s hands, even if his title as digital minister suggests that. Ministries of economics, finance, and the interior as well as the chancellery have a say and are responsible for important parts of Germany’s digitization.

More vision would be nice

It is therefore significant what Wissing does not speak of: the digital budget. Once glowing lettering in the traffic light coalition agreement, now not even a brief mention. The budget is mentioned just once on the 52 pages of the digital strategy – and only in vague words.

In times of crisis, extra money is of course not an easy thing, and Wissing has often made it clear that the various digital projects should initially be financed from the budgets of the respective departments. Since many projects – from patient files to administrative modernization – are not new projects, this is partly understandable, but unfortunate as a sign of a turning point in the digital world.

And not only that. The big question of what digitization is actually supposed to achieve in society and socio-political terms beyond high-speed networks, business models and everyday bureaucracy has hardly been addressed today. You don’t have to want to pay for the development of air taxis right away, but maybe a little more vision would be nice.