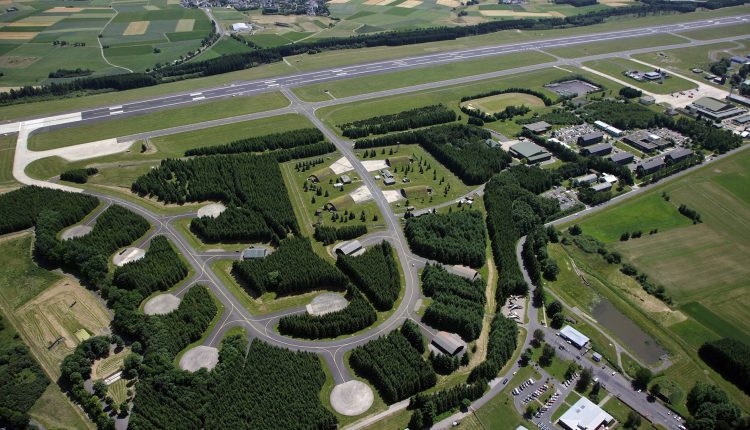 In view of the war that Russia is waging against Ukraine, the attitude towards nuclear weapons is changing in Germany: in a poll for the magazine panorama A majority is now in favor of their staying.

A majority of 52 percent of Germans are in favor of keeping US nuclear weapons in Germany. That’s what a representative infratest-dimap survey commissioned by the ARD political magazine did panorama result. 40 percent of those surveyed said that nuclear weapons should remain stationed, and 12 percent even advocate modernization and an increase in weapons. Only 39 percent still vote for a deduction.

Since the war in Ukraine, the attitude of the Germans towards nuclear weapons has also changed. Comparable polls in recent years have often seen very clear majorities in favor of withdrawing US nuclear weapons. According to a study by the Munich Security Conference, only 14 percent of those questioned were in favor of nuclear weapons in Germany in mid-2021, and a majority of 57 percent wanted their withdrawal.

Atomic bombs are stored in Rhineland-Palatinate

According to estimates, 20 US nuclear bombs are currently stored at Büchel Air Base in Rhineland-Palatinate, as part of the concept of “nuclear sharing” within NATO. In an emergency, German fighter jets carry the US bombs to the target. In the coalition agreement, the Ampel parties had formulated the goal of “Germany free of nuclear weapons”.

After the Russian invasion of Ukraine, however, the German government announced that it wanted to replace the outdated Tornado fleet based in Büchel with modern Lockheed Martin F-35 aircraft, thereby strengthening Germany’s role in NATO’s nuclear deterrence policy.

Particularly large is in the current survey commissioned by panorama the approval of US nuclear weapons among supporters of Bündnis 90/Die Grünen: 64 percent are in favor of maintaining or even increasing US nuclear bombs in Germany. Close behind follow the supporters of the CDU/CSU and the FDP with 61 percent. Only in the AfD did a majority of 56 percent vote for the withdrawal of weapons.

The question is viewed differently in western and eastern Germany: while in the west 56 percent of those surveyed are in favor of further stationing or stocking up, in the east it is only 38 percent. On the other hand, 54 percent support a withdrawal of US nuclear weapons.

Weber: Talking about the nuclear option

Now there are also voices in politics to think about nuclear weapons within the EU. The background is Putin’s nuclear threats, but above all the concern that a future US president would again question NATO membership and thus the security guarantees for Germany – just like Donald Trump did.

The newly elected President of the European People’s Party (EPP), the CSU politician Manfred Weber, said in panorama-Interview: “Today’s European Union is, you have to say it very brutally, naked in a world of storms. We Europeans today cannot defend ourselves either conventionally or nuclear without partners from outside. And that means we We also have to talk about the nuclear option now.”

The head of the Munich Security Conference, Christoph Heusgen, is also calling for European security to be further strengthened: “With regard to the nuclear protective shield, we must enter into discussions with France and discuss an expansion of the French nuclear program,” Heusgen said panorama-Interview. France is the only country in the EU that has nuclear weapons.

Germany itself has pledged itself not to have nuclear weapons. The survey commissioned by Panorama shows that a clear majority of 71 percent of those surveyed continue to believe that Germany should not have access to its own nuclear weapons within the EU framework either. At least 20 percent are in favor of this. The representative survey by infratest dimap took place from May 30th to June 1st among 1,337 eligible voters in Germany.

You can find out more about this topic in the Panorama program at 9:45 p.m. on the first.