Supplementary budget passed in the Bundestag 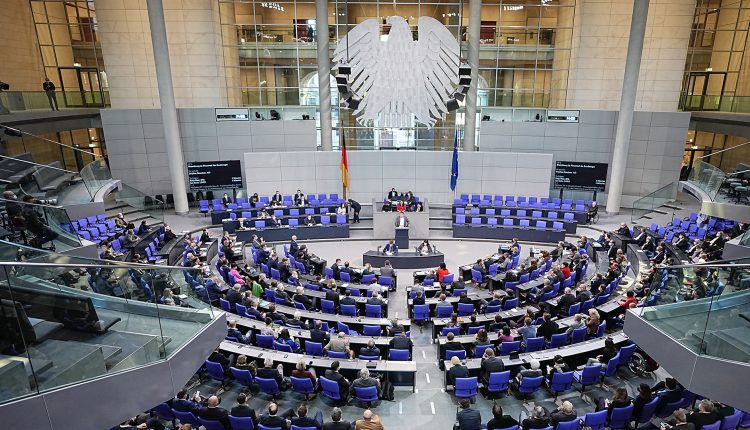 The Bundestag has passed the controversial supplementary budget. This means that unused loans amounting to 60 billion euros are being put on the back burner – the money is to flow into climate protection and digitization.

For almost an hour and a half, the MPs discussed the supplementary budget this afternoon. A debate that very quickly becomes very fundamental. The question around which everything revolves: Are the figures compatible with the debt brake in the Basic Law – despite the planned billions in loans?

Of course – say the government factions. The reason: Corona and the consequences for the economy and public finances.

Christoph Meyer from the FDP parliamentary group says: “The last two years have been particularly characterized by uncertainties. Many investments have not been made. A lot has been left undone. And we still have an exceptional budgetary situation.”

From his point of view, the traffic light coalition with the supplementary budget is making a contribution to the country being able to overcome the corona crisis.

SPD MP Dennis Rohde sees it very similarly: “We want to leave this pandemic behind for good. We want the jobs that we are currently saving to be preserved, that they are sustainable. We want to prevent a long Covid for the German economy. “

What exactly is planned? It is about credit authorizations for the past year, with which the federal government cushioned the economic consequences of the corona crisis. Of this, 60 billion euros were not called up – and they are now to be put into the federal climate fund via the supplementary budget.

An approach that the Union considers unconstitutional. Group Vice Mathias Middelberg does not believe that the coalition’s commitment to the debt brake is meant seriously. “You say that from 2023 we want to formally comply with the debt brake again. Until then, however, use the supplementary budget for 2021 and probably also the budget for this year to load your pockets full of money.”

The problem from his point of view: The traffic light wants to put the money into climate protection – and in the eyes of the Union that has nothing to do with combating the consequences of Corona. But that is the sticking point: only if the 60 billion euros on pump credibly apply to fighting the pandemic is the procedure compatible with the Basic Law. Because only then can the debt brake be interpreted much more loosely than in normal times.

CDU and CSU stick to it: The Federal Constitutional Court should review the supplementary budget. The Union initiated a corresponding lawsuit today.

Criticism also from AfD and left

And the AfD also believes that the budget is unconstitutional, as MP Wolfgang Wiehle makes clear: “Today we are talking about what is probably the most absurd supplementary budget in the history of this republic.”

Criticism also comes from the left – but not out of concern for the debt brake. Janine Wissler says: “We think it’s basically right to provide funds for climate protection and the energy transition. But 60 billion euros – that’s a fraction of what is needed to make transport, industry and society climate-neutral and socially just.”

Wissler demands: get rid of the debt brake and bring in a wealth levy for the rich. She gets applause for it, but only from her own faction.