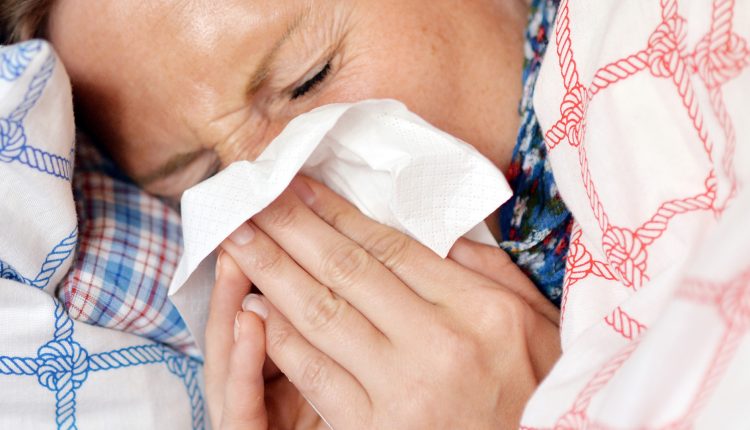 The corona wave in Germany continues to ebb. But according to the Robert Koch Institute, the number of acute respiratory diseases is increasing significantly. Children in particular are increasingly being admitted to hospitals. Beds are already running out there.

While the 7-day incidence of detected new corona infections in Germany continues to fall, the number of acute respiratory diseases rose to 7.0 million in the past week. That is above the level of the years before the pandemic, wrote the Robert Koch Institute (RKI) in its weekly report. Due to seasonal factors, further increasing numbers are to be expected in the coming weeks.

“In particular, the positive rate and the number of illnesses caused by influenza show a clearly increasing trend,” wrote the RKI. In addition, infections with the respiratory syncytial virus (RSV) “increasedly led to diseases and hospital admissions, especially in small children”. The children’s intensive care and emergency doctor Florian Hoffmann told the dpa news agency with a view to the development of diseases in small children: “It’s no longer a curve, but the values ​​go up vertically.”

Beds in children’s hospitals are scarce in some federal states

In several federal states, including Bavaria, North Rhine-Westphalia and Lower Saxony, there is already hardly a free cot in clinics, said Hoffmann, Secretary General of the German Interdisciplinary Association for Intensive Care and Emergency Medicine (DIVI) and senior physician at Dr. from Hauner Children’s Hospital in Munich. He spoke of “disaster conditions”. Families with sick children sometimes have to sleep on a bunk in the emergency room. Many affected children are seriously ill and need to be ventilated.

Already in late summer 2021 there was an unusually high RSV wave. But the current situation is worse, said Hoffmann. Not only in Germany, but generally in the northern hemisphere, there is a “dramatic epidemic event”. Hoffmann explained that many children of one or two years of age are affected, who – also in view of the corona pandemic and the measures taken against it – have had no contact with the RSV.

Due to the unusually strong RSV circulation, significantly more cases of severe acute respiratory infections (sarees) are currently being recorded in children up to 4 years of age than in the pre-pandemic years and in the previous year, according to the RKI. The sari values ​​are also at a very high level in the following age groups up to 14 years.

You can get RSV at any age, but the pathogen is particularly important in infants and small children. It can be a simple respiratory infection, but severe courses up to death are also possible. The RKI counts, for example, premature babies and children with previous lung diseases as high-risk patients, but also people with immunodeficiency or suppressed immune systems in general.

Normally, 50 to 70 percent would have had at least one infection with RSV within the first year of life and almost all children by the end of the second year of life. In the course of the corona protection measures, however, many such infections were temporarily absent.

The founder of “Wagner”…