Still no turnaround in interest rates: Is the ECB on the way to losing control? 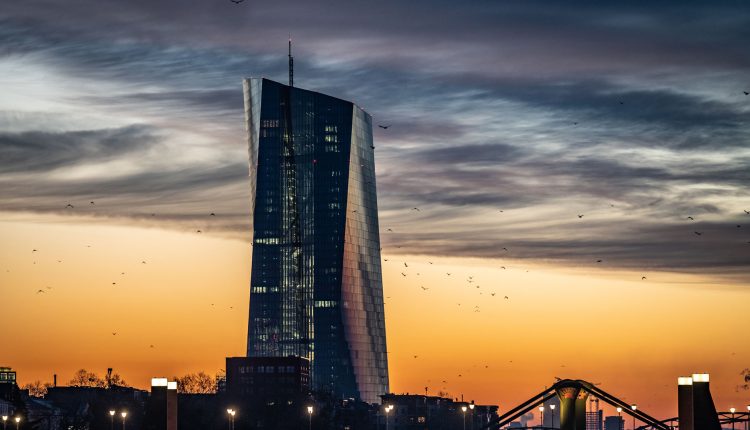 The ECB left the key interest rate in the euro area at zero percent. A possible turnaround in interest rates was discussed – but nothing was decided. Is the ECB losing control of inflation?

The key interest rate in the euro area remains at a record low of zero percent. That was decided by the Council of the European Central Bank (ECB) today in Frankfurt, as the central bank announced. The ECB also confirmed its schedule to end multi-billion dollar bond purchases as part of its APP purchase program in the third quarter.

The currency watchdogs around Christine Lagarde continue to tighten the monetary policy reins only with extreme caution. Central banks worldwide are currently confronted with rapidly increasing inflation rates; the primary goal of monetary policy, namely currency stability, is in jeopardy.

While the US central bank has already implemented the turnaround in interest rates and the Norwegian central bank raised the key interest rate for the third time in March to 0.75 percent, the ECB remains hesitant.

The interest rate gap between the dollar and the euro area should therefore continue to widen in favor of the dollar for the time being. This is also reflected in the foreign exchange market: after the ECB interest rate decision, the euro fell to $1.0888 from $1.0915 previously.

No turnaround in interest rates in sight – despite record high inflation

The rate of inflation in the euro zone reached 7.5 percent in March, the highest level since the introduction of the euro as a settlement currency in 1999, and thus once again clearly exceeded the ECB’s target of two percent.

But the timing of the turnaround in interest rates is still open after this ECB Council meeting. The only thing that is clear is that nothing will happen before the third quarter. Because the currency watchdogs have committed themselves to raising interest rates only after the end of the net purchases. While the hawks, i.e. the supporters of a tighter monetary policy, in the ECB Council are already pushing for an initial interest rate hike in the third quarter, the more cautious doves in this regard are only inclined towards a turnaround in interest rates towards the end of the year.

“This waiting is risky”

Given the ECB’s hesitant stance, some economists are already warning that the monetary authorities could lose the reins of action and lose control of inflation expectations.

“Unfortunately, despite an inflation rate of 7.5 percent, the ECB has not decided to end its net bond purchases and negative interest rates earlier. This waiting is risky,” warns Jörg Kramer, chief economist at Commerzbank. “The longer the ECB sticks to its very loose monetary policy, the more people’s inflation expectations rise and the very high inflation becomes permanent.”

The fear of the economic downturn

What makes the decision for the ECB so difficult at first glance: It is not only the currency stability in the euro area that is at stake, but also the economy. Some economists fear that the ECB could choke off the economy, which has been shaken by supply bottlenecks and rising energy costs, and drive the national economies of the member countries into recession by raising interest rates too quickly.

But does the ECB really face such a big dilemma? ZEW expert Friedrich Heinemann rightly refers to the European treaties: “Here you will find a clear answer as to how the ECB should decide in such a situation: price stability is the primary goal, with other goals being subordinate.” Every month of hesitation harms the reputation of this important European institution.

In fact, the legal mandate of the ECB is only to ensure stable prices. In contrast, the US Federal Reserve, for example, is also pursuing the goal of full employment.

Thailand’s orchid growers are in crisis due to Corona

US and South Korea on North Korea: Deterrence and an Offer

How to Cook Cabbage