Soccer Bundesliga: Freiburg and Frankfurt do not find a winner 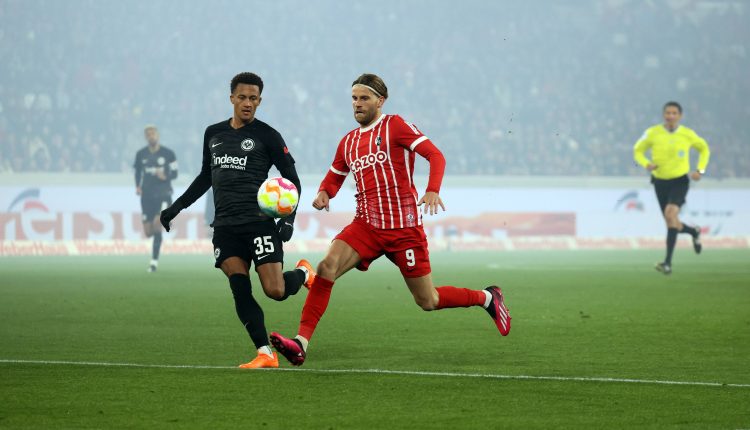 SC Freiburg and Eintracht Frankfurt drew on matchday 17 of the Bundesliga. SCF recovered after the debacle in Wolfsburg, but missed out on victory.

The goal action on Wednesday evening (25.01.23) took place shortly before and shortly after the break: Randal Kolo Muani gave the visitors from Frankfurt the lead (42′), Matthias Ginter equalized shortly after the break. Eintracht is fourth ahead of the game at FC Bayern Munich next Saturday, Freiburg slipped to sixth place in the table.

Lenz: “Freiburg is having an incredible season”

“Freiburg fought properly, was disgusting in the duels. 1-1 away is okay for us sometimes. I think Freiburg’s last game was an exception. Otherwise they’re playing an incredible season,” said Eintracht midfielder Christoper Lenz .

Freiburg’s Lucas Höler said: “We wanted to make people forget Saturday’s game, which was really devastating. We played a really good game today and showed what has distinguished us so far this season. That’s the benchmark.”

Frankfurt’s Rode – “Can live quite well with it”

Eintracht had to do without Kevin Trapp at short notice. The national goalkeeper was out due to a cold and was replaced by 21-year-old Diant Ramaj, who came from 1. FC Heidenheim in 2021 and made his season debut after just one Bundesliga appearance.

Frankfurt got into the game badly, played imprecisely – and surprisingly went into the dressing room as the leading team. Mario Götze chipped the ball from the right corner of the penalty area into the middle, where Kolo Muani converted skillfully and ice cold. Previously, the hosts seemed closer to the first goal. Michael Gregoritsch in particular exuded a goal threat (15′, 24′) and always had a good eye for his team-mates. But the SCF didn’t want to score a goal.

Freiburg got off to a lightning start in the second round. After a corner kick was initially parried, the Breisgau team regained the ball and Ginter headed a Günter cross into the net from full run. The Austrian Gregoritsch again failed to celebrate when he shot a shot from close range (play Höler) past the Hessen goal. He also failed in the 70th minute.

In the closing stages, SCF trainer Christian Streich brought on Vincenzo Grifo after his injury break and was hoping for a stroke of genius. But that didn’t happen.

Frankfurt to the top game in Munich