Separatist leaders in Luhansk and Kherson ask Putin for annexation 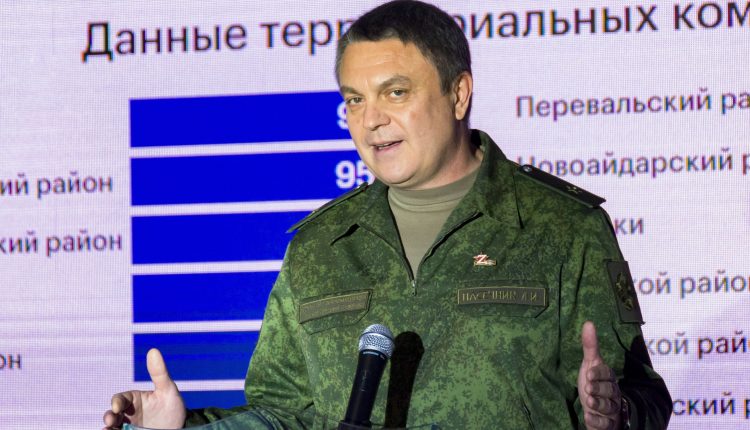 The administrators appointed by Moscow in Cherson and Luhansk do not want to waste any time after the mock referendums have ended. They applied to President Putin for the annexation. The Duma will meet at the beginning of the week.

The leaders of the pro-Russian separatists in the Luhansk and Kherson regions of Ukraine have, as expected, asked Kremlin chief Vladimir Putin to annex these regions. “(…) I would ask you to consider the question of joining the Luhansk People’s Republic to Russia as a member of the Russian Federation,” Luhansk separatist leader Leonid Passechnik said in a message published on Telegram.

After sham referendums, Moscow is preparing to annex the occupied Ukrainian territories

Back to the “home port”

The separatist leader in Kherson, Vladimir Saldo, made a similar statement after the conclusion of the “referendums” in four Russian-held areas of Ukraine. Passechnik further stated: “We are aware of the historical, cultural and spiritual connection to the multinational people of Russia.” The residents of his region have the “dream” of returning to their “home port” of Russia. Passechnik had recently announced that he would travel to Moscow with the pro-Russian leader in the Donetsk region, Denis Pushilin, to formalize the “annexation” to Russia.

The pro-Russian authorities reported victories in so-called referendums in four Russian-occupied regions of Ukraine on Tuesday. Accordingly, overwhelming majorities are said to have spoken out in favor of the annexation by Russia. Western politicians described the voting as illegal. Ukrainian President Volodymyr Zelenskyy spoke of a “farce”.

Saldo, the pro-Russian leader in Kherson, spoke of a “perfectly legal” election process. He referred to the right of peoples to self-determination enshrined in the UN Charter. Saldo had previously announced that he wanted to ask Putin for an annexation “as soon as possible”.

The two Russian chambers of parliament want to decide on the annexations on Monday and Tuesday. The Duma has changed its schedule and will hold plenary sessions on both days, said the head of parliament Vyacheslav Volodin, according to the state agency TASS.

The chairwoman of the Federation Council, Valentina Matviyenko, had previously said that the upper house of parliament could decide on the accession of the occupied Ukrainian territories to Russia at its regular session on Tuesday. So far there has been speculation in the media that President Vladimir Putin could formally announce the annexation of the Donetsk, Luhansk, Zaporizhia and Cherson regions in a speech to both chambers of parliament this Friday.